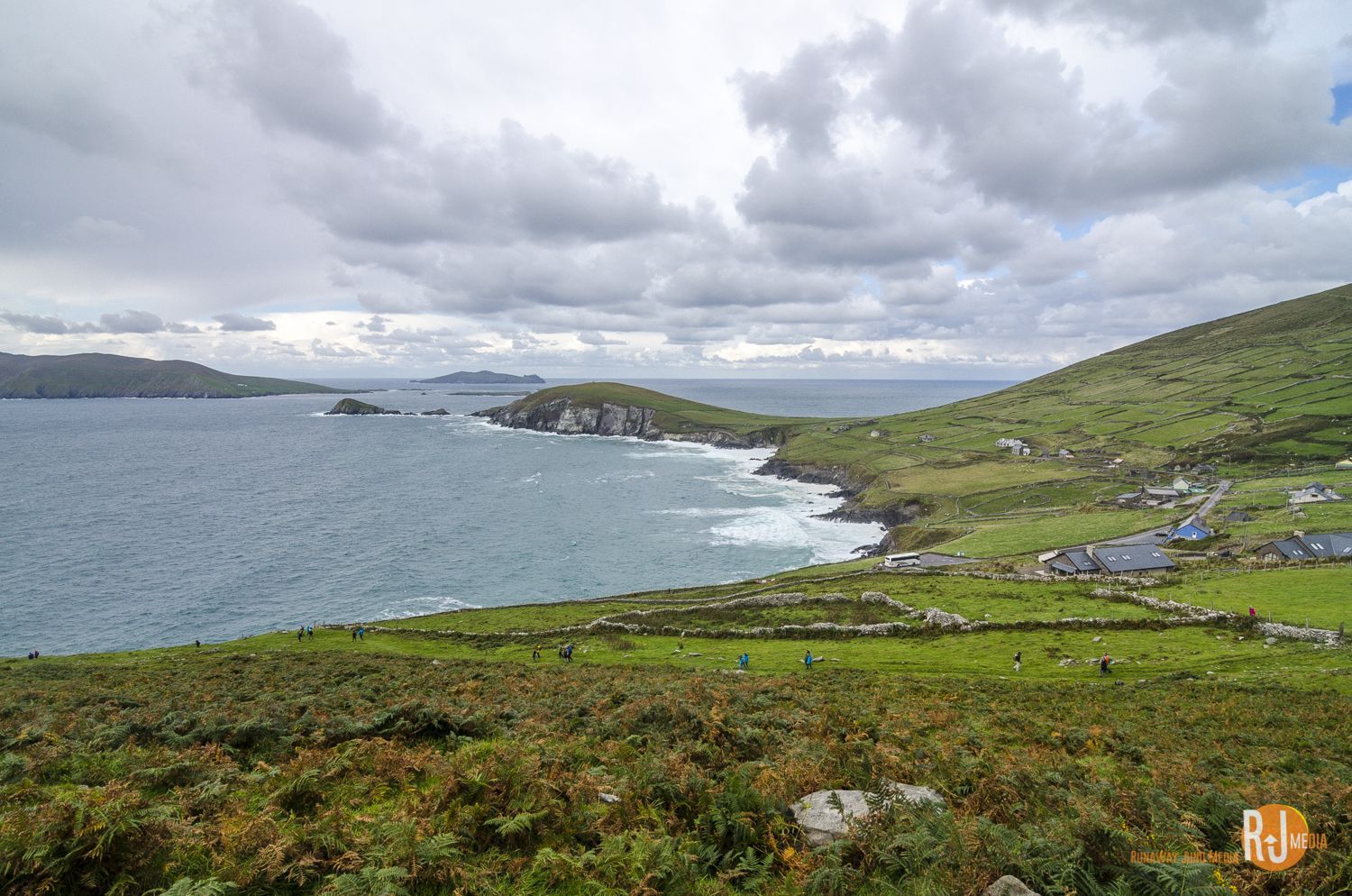 P.S. I Love You… Dingle Peninsula

When I close my eyes and think of Ireland… I imagine rugged terrain, steep cliffs, green hills, and breaking waves. That is the definition of Ireland for me. Standing on the hills of the Dingle Peninsula, I saw the vista I always dreamed to see. Dingle me tingle, Ireland is irresistible.

The Dingle Peninsula is part of Ireland’s Wild Atlantic Way, one of the wildest, most enchanting, and culturally rich coastal touring routes in the world. It’s also the westernmost point of Ireland, and arguably Europe. This peninsula is dominated by a range of mountains, including the country’s highest peak. The geographic uniqueness isn’t the only reason that makes Dingle special. The west end of the peninsula is a Gaeltacht, where the government protects its old Irish ways. Gaeltacht means a place where only the Irish language is spoken. Not just the language is preserved here, but traditional Irish culture and its rich musical tradition, cuisine, and ways of living.

The Dingle Peninsula has been described as the most beautiful place on earth by National Geographic, and repeatedly by many other publications. It’s not hard to see why.

To experience authentic Irish culture and submerge yourself in the deep green colored Middle Earth-like panorama, I present the Dingle peninsula.