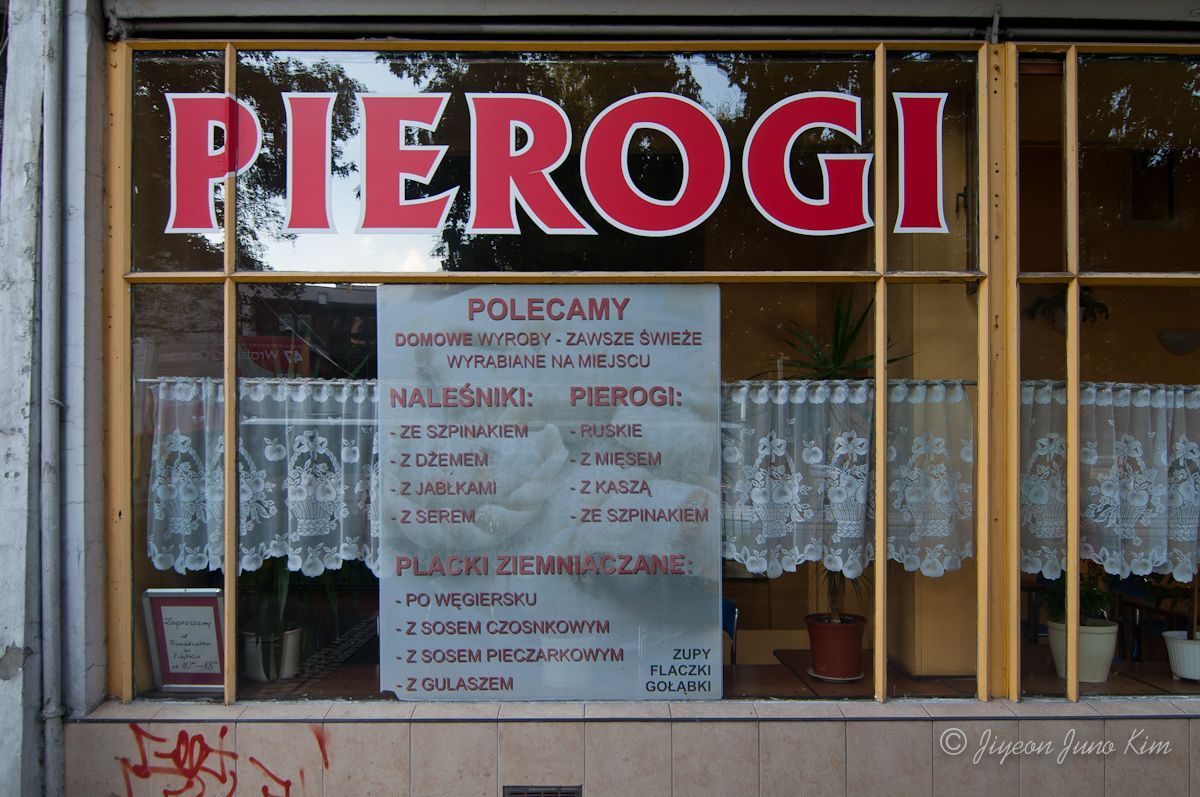 Thanks to Milk Bar (Bar mleczny), it’s easy to get Polish food with a very reasonable price. The term milk bar (different from Australian term) was created in 1896 in Warsaw, because the place offered milk-based food. However, the role of milk bar carried through World War II. Poland became a communist state and a part of the Soviet Union after the fall of German Nazi. The population was too poor to even eat by the time. Most restaurants were nationalized and closed by the communists and milk bars became the essential place to eat for the common folks. In the mid-1960, milk bars offered cheap meals to working class people.

The hard days are over, or getting better at least, but several milk bars are going strong, still beloved by the local people. Some of them even continued their business changing to more modern style to attract more customers. You can feel the daily life of Polish people in milk bars, and you get to have the home cooked meal with a very good price. What not to like?

How can I not mention pierogi, when talking about Polish cuisine? Pierogi is a type of dumpling, similar as Korean mandoo, jiaozi in China, Turkish manti, Uzbek manti, and Italian ravioli. Great minds think alike, indeed. Polish pierogi are made with grounded meat, potato, vegetables, and cheese. They are boiled first and fried with lard or oil and served with fried onions and bacon.

Kielbasa is a staple food of Poland and comes with various varieties as every regional has their specialties. Originally Kielbasa was made at home in rural areas with their family recipe. Kielbasa is served in many different forms. It is cooked with soup like zurek, eaten as cold appetizer, cooked with sauerkraut, and grilled.

This is how kielbasa should be served!

My favourite dish to eat in milk bars, Kotlet schabowy, is a pork-breaded cutlet similar to schnitzel. And schnitzel was my favourite cuisine in Germany. I see the pattern here. It is served with mash potatoes, home fries, sauerkraut, coleslaw and/ or beet salad. The history of schabowy dates back to the 19th century. The collection of different recipes for cutlets is featured in 1860’s cook books.

Cutlet with home potatoes and coleslaw at Milk bar

A cabbage roll is another hearty Polish treat. Made from lightly boiled cabbage warpped around minced meat, vegetables and barley and baked in tomato sauce. This dish is called holubky in Slovakia.

Zurek (sour rye soup): love it or hate it. It is made of sour rye flour (sourdough) and meat (kielbasa, ham or pork) but recipe varies from region to region. The strong sour taste hit me strong at first, but soon after I could appreciate the taste. It is popular year round to Pols. Zurek sometimes is served in an eatable bread bowl in restaurants.

In bars, you’ll be served a couple of sandwiches or bread with a bowl of spread along side of beer. The spread taste very greasy, but it is fulfilling. It is lard spread. Lard is used not only for cooking, but also widely eaten as a snack  in Poland and neighbouring countries like Slovakia and Hungary. Usually prepared with fried onions and chunk of fried pork.

essentially Polish-style French-bread pizzas with a variety of toppings—the obwarzanki of Kraków, which are like bagels (only with bigger holes); and precle (or pretzels). The most common street food in Poland, however, seems to be lody, or ice cream. Long lines outside ice cream shops, and scores of pedestrians toting cones, are a regular fixture of Polish streetscapes.

Saurkraut, directly means sour cabbage, is finely cut fermented cabbage. It is going through a similar process as Korean kimchi. Even though it is mostly eaten with German cuisine, sauerkraut is not originated from Germany. Saurkraut is widely spread in Eastern Europe and Germany ever since it was introduced in Europe from China. It is common to pan-fry sauerkraut in Poland.

Do you like Polish cuisine? Am I missing anything?