Exploring Colca Canyon in the Andes 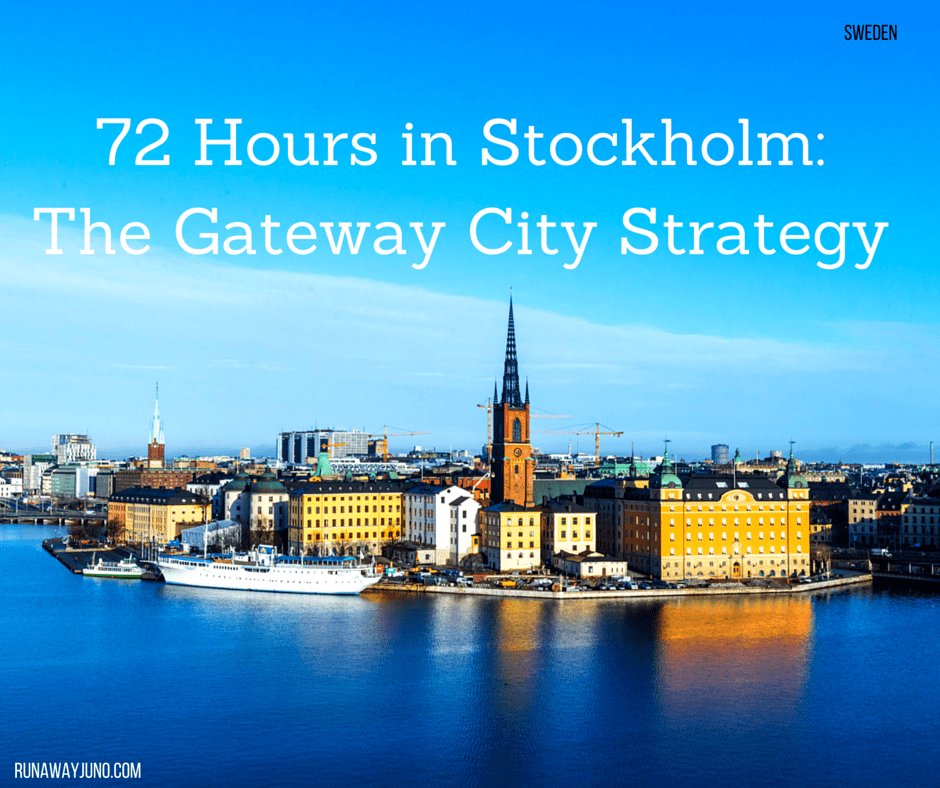 When you’re traveling between North America and Europe, what is your favorite route? Iceland was my first choice a few years back, but now I have a new favorite: Stockholm, Sweden.

In our recent trip to Europe, we spent only $392.20US on Norwegian Air for two one-way tickets with one checked luggage from Stockholm to NYC. We were on our way back to US from Korea after visiting my family, but thanks to the great price, we were able to arrange a successful 3-week layover in Europe. We went up to Finnish Lapland and spent 3 days in Stockholm before flying to JFK.

Stockholm is a wonderfully diverse and interesting city. Here are five goodies of Stockholm you can find during your next 72 hour layover. Stockholm is a city of fine museums. From history to art, architecture to maritime themes, there is something for everyone. Obviously, 72 hours is not enough to go through all the museums, but these three are worthwhile to spend some time: Vasa Museum, Nordiska Museum, and Nobel Museum. The Vasa Museum houses the 16th century warship Vasa, that sank during her maiden voyage and retrieved 333 years after the incident. It reveals great details about the life in the 16th centuries and the artistic characteristics of the ship. The Nordiska Museum is the largest museum of cultural history in Sweden. It exhibits the life of Sweden from 16th century to today. It covers everything from trends, traditions, interiors, jewelry, folk art, fashion, textile, and more. It houses a great collection of Sami culture. The Nobel Museum is the place to learn more about the Prize and the the founder Alfred Nobel, as well as the Nobel Laureates which is more than 800. They also houses personal items of each the Laureates that were significant in their achievement. An owl at Skansen

The world’s first open-air museum Skansen is a great place to time travel to Sweden’s past. Here you can take a walk down memory lane through five centuries of Sweden. Some 150 historically important houses were moved here over the years, including a 14th century storehouse, an 18th century church, plus various cottages and houses from 1920s and 1940s. All the buildings have an unique setting, just like the olden days. Meet glass makers, bakers, farmers, and other professionals in their traditional setting in each of the houses. Not just that, you can also learn more about the animals that call Sweden home. Seventy-five different animals are representing Scandinavia: such as lynx, elk, brown bears, seals, and owls. The Royal Canal Tour departs from Strömkajen and continued the journey through the Djurgården canal. Seeing the city on the water might be the best way since over 30% of the city area is made up of waterways. For 50 minutes, the tour boat leaves the city behind passing historic buildings and the Old Town, and sail through the canal. The journey home will give you a new perspective on the Stockholm’s skyline. Stockholm is conveniently connected by tunnelbana, Swedish metro. It’s known to be the world’s longest art exhibit. More than 90 of the 100 subway stations in Stockholm have been decorated with sculptures, mosaics, paintings, installations, engravings and reliefs by over 150 artists. All the art installations are special, but these stations are worth the extra trip. Please see the list on Visit Stockholm’s website.

For foodie travelers, fika is another word you should know in Sweden. The Swedish word ‘fika’ means taking a coffee break, but it is actually more than that. Asking someone for fika is a way of meeting casually, and that often involves coffee and pastry. There is no shortage of bakeries and coffee shops in Stockholm. From the traditional cinnamon bun to cardamom buns to saffron bread, the list of Swedish baked goods goes long. Make sure to enjoy a fika like locals!

Check out my Stockholm custom guide on Gogobot!

When you go:
A Stockholm Card is useful for those of who are staying in the city short term but aiming to see a lot. Unfortunately the pass from the city will be discontinued in 2016 but there are other options like the My Stockholm Pass.