My First Impressions of Alaska 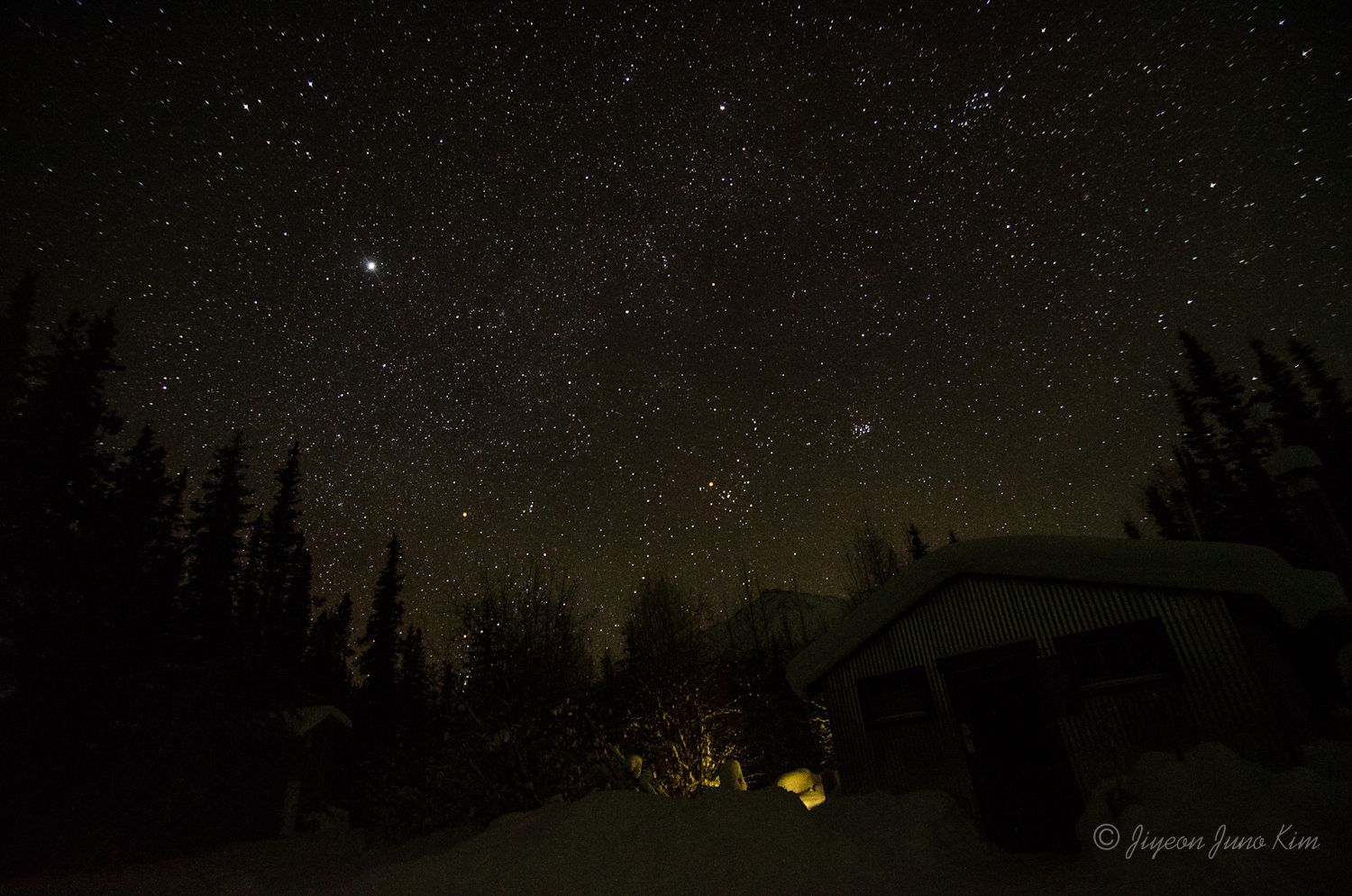 “The happiest civilization which I have knowledge.”  -Robert Marshall

There is a town called Wiseman by the Koyukuk River in Brooks Range. It was once the northern most gold mining camp in North America. The town boomed from 1911 to 1915, after large quantities of gold were discovered in the creek in 1907. Now, there’s only 23 cabins left, and only 13 people live in Wiseman year round. Current residents are self-reliant and independent, and use traditional self-sufficiency skills to supply their basic needs off the land.

At 10:30 pm, we drove thirteen miles north from Coldfoot to meet Jack, one of the 13 permanent residents of Wiseman. Coldfoot is 60 miles north of the imaginary Arctic Circle line (latitude 66′ 33”). He has been living here since 1971 in the cabin built during the gold rush. While we were on the long journey of hunting the Aurora Borealis, he shared his life story in one of the most remote village in the North America.

We visited Wisman again during the day

The sun only appears about 20 minutes this time of the year, but he knows how to deal with the deep and cold winter. With or without the sun, his daily schedule is filled with tasks. To maintain the self-sufficient lifestyle, there are things that need to be done, more than we can imagine. In the winter, he mainly spends time making traps for animals like links and wolverines, chopping wood for his wood stove, cutting meat, and plowing snow. In the Springtime, he plants the seeds.

All of the meat Jack eats comes from the wilderness. He said it’s “the healthiest and tastiest meat you can eat”. The animals live how they were meant to be, in the wild, eating things that they are supposed to eat. The majority of the meat comes from caribou and moose. The best time to hunt the caribou is spring, when they migrate back to Alaska and start to gain weight. Moose and sheep, on the other hand, taste the best in September. He treats the meat, and lets it hang outside and naturally freeze. Ducks, wild birds, fish, and grizzly bears are other meat sources as well.

From his story, you might imagine Jack as a man in the wilderness with a thick beard, wearing clothes made out of animal skins, with a big rifle in his hand all the time. But amazingly, Wiseman is not much different from modern day backcountry towns, if you only count their connectivity to the world. And certainly, Jack doesn’t look like what you’d imagine.

Jack Reakoff in his cabin

Electricity is generated by solar panels, and also a generator, during the summer months, from February to October. Thanks to the satellite dish, his family can use wireless internet. It is as fast as 110kb, takes 5 minutes to upload five photos on Facebook, but it is an amazing service considering where Wiseman is located. Now Jack’s wife enjoys her iPad, they order books from Amazon, and we can contact him via email and facebook. He uses a good camera to capture the northern lights in his village. Technology certainly has reached far. Oh, and they get mail delivered once a week.

Wiseman is and isn’t an isolated village. There is an option to connect to the outside of the Arctic Circle, but certainly you can make yourself isolated as much as you want. Living in the wilderness is always a romantic idea to the people who grew up in the cities, like myself. I’m not sure I have an ability to sustain myself like Jack, but it is always good to know there is another group of people in the world who is making life with the nature.

I asked Jack what keeps him in Wiseman, and if he ever thought about moving to more modernized places.

He sums up with one word that represents his life in Wiseman:

“I do what I want, and I do it the way I want. I traveled to other parts of the United States, but I always found myself with a fence, a border. If you are used to living in a place like this, you can’t live with the fence.”

In Wiseman, the one thing you cannot find is a fence. In the Arctic Villages, you can travel as far as you want if you have a passport. You can walk to Canada if you want. There will be no boundary that tells you to go around or turn back. The wide open opportunities and making a life with true hard work. that’s what makes people live here, and certainly that’s why Jack calls Wiseman home.

The cabin was surrounded by the Northern Lights the entire night. What a perfect day.