Have you ever been on a train with no windows?

Is your heart ALL BLACK?

Have you ever been on a train with no windows? 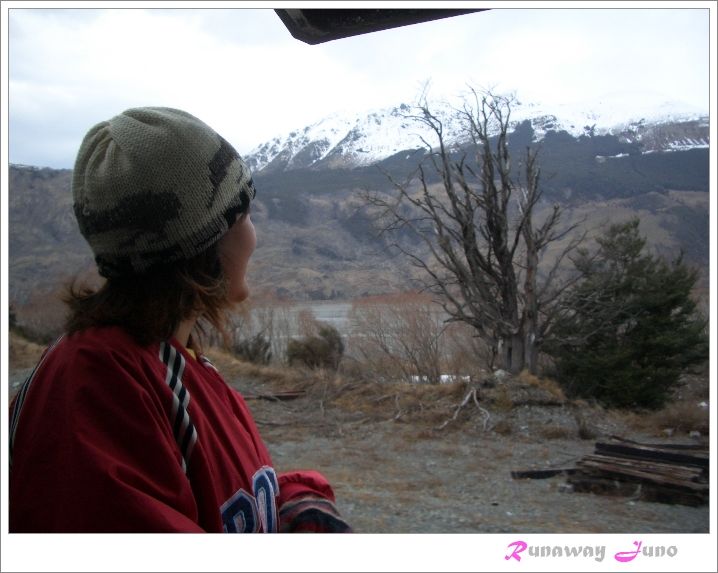 No window. Terrified? a little! Tranz Alpine. What a sense!

Look at the name of this train! I just love this sense of naming. How creative.

Start of my backpacking through south island of New Zealand was Christ Church. I flew to Christ church from Auckland. (And ferry + bus back to Auckland)  I didn’t really have any plan for my route. Every time if I had one, it changes according to the situation I was in or people I met on the road. That’s a good thing. I really enjoyed the flexible itinerary of backpacking. .

Anyhow I had two options. One was start from Christ Church, go south and round to clockwise and up to Wellington, like Christ church – Dunedin – Invercargill and up to Queenztown. Or cross the land and go round the other way around and cross the land to Christ Church. According to the map and Lonely planet there’s a train to cross the land called Tranz Alpine. Apparently this is one of the most scenic trains in the world.

I still am not sure why I picked first option but I did anyway. Maybe the weather? I don’t know.

It was little hard to take a train. Due to free shuttle leaves at 7:20 AM and I am not a morning person, so I was really worried ‘what if I couldn’t get up?’ and it happened. I fell asleep again through all the alarms! It happened every time! I had to wake up at least 6:30 AM to pack last of my stuff but I woke up 7:00 instead. You can imagine I was in super panic! So I just grabbed all my stuff, shoved it in my backpack and just ran to the station. Then I found out 7:20 AM is not the exact time of shuttle, it just came around the time. Well, I got to have a time to organize, that’s a good thing.

After many complications I finally was on the Tranz Alpine. Look at the design of the ticket! No window. Terrified? a little!

First room of train is a viewer deck even without the window. I was pretty much out of this room the whole time because I didn’t want to miss any good view.  Weather was really gray though. Houses under the Southern Alps.

After a while later we could see amazing Southern Alps. I’ve never seen this kind of view before. Really wonderful thing is there’s a house under the Alps. People live in those houses and have Southern Alps as their background view. How does it feel like live here? Appreciate to Mother earth every day? Or get sick of it eventually? Couldn’t imagine it. Tranz Alpine stops at few rest places for pictures and bathroom break. Train is really fast so it’s hard to take a good photo from viewer deck of train. All the water near here is colored deep blue or emerald green because of the Glaciers.

It was quite a long ride. Surprisingly, I had plenty of nap and enjoyed the best view ever. Yes, it was long enough me to enjoy a little nap. However it never felt long because of the excitement. ‘The best view in the world’ phrase is a little bluffed but I can understand it. It certainly on my list of ‘the best view’ right now. .Tranz Alpine is for Christ Church – Greymouth. Greymouth is a small town, for just one day rest stop for travelers. So I stay Graymouth one day. It was certainly great way to start a backpacking through south island of amazing New Zealand. .

PS. It was such a hard job pick the right picture for this article. because all the pictures are just amazing (this camera wasn’t that great!). I tried, but I have to say, these photos might not the best picture for this trip. Imagine it more beautiful!