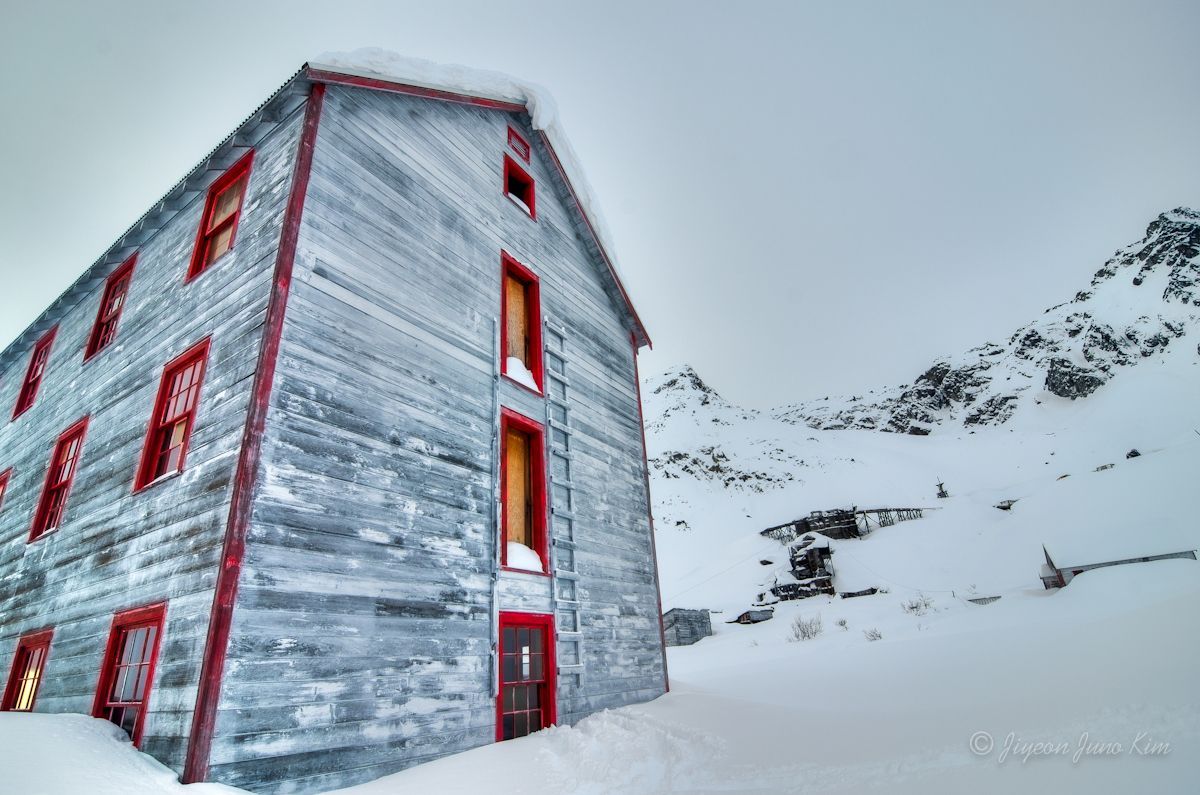 Sarah Palin is the most influential marketing person for Mat-Su?

There is a region in Alaska that got its fame during from a vice presidential candidate during the 2008 elections in the United States. Yes, I’m talking about Sarah Palin. Wasilla, a small town in Mat-Su Valley (Matanuska-Sustina Valley) where she served as a mayor, got a massive amount of international attention after she was chosen as John McCain’s vice-presidential running mate. Of course, Alaska’s famous throughout history, but Sarah Palin contributed a lot to that in recent years.

Hatcher Pass is a mountain pass through the southwest part of the Talkeetna Mountains, only 12 miles away from Wasilla and Palmer. This area is popular for recreational day trips for both locals and visitors. I went snowshoeing here during my visit to Alaska.

While the rest of Alaska was dealing with the unseasonably warm weather, Hatcher Pass was all winter. The snow was thigh-high and the mountains looked untouched, but the creek was starting to melt just a little bit. We put on our snowshoes and headed up to the Independence Mine.

The snow was deep, but wasn’t too hard to walk on because of its density. It would’ve been perfect for making a snowman. Dan, my friend and an outdoorsman from Palmer, broke the trail for us. He practically lives out here all winter long while leading his adventure tour groups. He taught me how to I learned how to balance my poles and steps. I’m still getting used to skis and snowshoes. Snowshoeing, along with cross-country skiing, is my kind of sport. It’s slow, steady, and there’s no great danger. Also, it’s a whole-body workout. I loved it.

We reached the Independence Mine after a short hike. In the early 1900’s the Independence Mine was open for business. It was one of Alaska’s largest gold mining camps. Now, the abandoned gray and red building creates a dramatic contrast against the white snow. The fascinating thing is, hard as it was to believe, the whole area would be covered with grass and flowers in the summer. I couldn’t imagine it. It felt like I was standing on the top of a place that was covered with perpetual snow. I‘ll just have to come back in summer to see it for myself.

Hatcher Pass in Mat-su Valley – It was a gray day

Housing in the Independent Mine

Housing in the Independent Mine

You can see Palmer from here

Independent Mine – What’s left of it

Snow was so deep, I couldn’t see any small trees

Photogenic houses at the Independence Mine

Photogenic houses at the Independence Mine – my favorite photo

Dan McDonough – the man of winter sports. He’s the owner of “Lifetime Adventures”

Red frame is quite stylish

Snow was so deep

Great day with Casey and Dan!