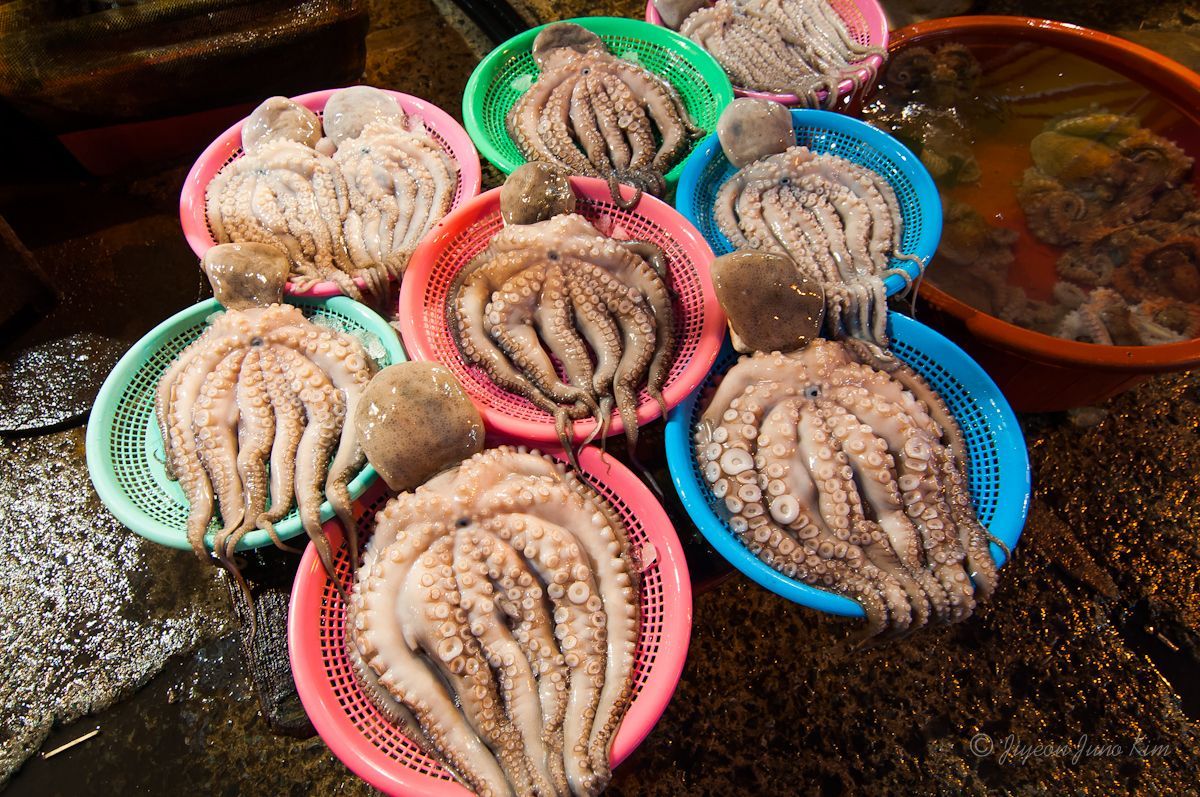 Seafood has been an important staple food in Korea for thousands of years. Food culture is one of the most important and strongest part of this country, as we know. I grew up near a traditional market (we used to call it just ‘market’ back then), so it was normal to see animal guts, fish intestine, sesame seed oil maker, Chinese herbal potion brewer and some more bizarre shops in daily bases. Still I am quite fond of these kind of markets with fresh goods rather than supermarkets.

It was good to see a lot of markets are still alive in Busan, not just for tourism reasons. That’s living. I feel alive among the fresh products, without vinyl covers and barcodes. I’ve seen all sorts of seafood while I was growing up, and trained (by my grandmother and my mom) to recognize how fresh they are. The quality of products in Busan is top notch, I can surely say. Some are better than others. The variety is amazing. It surprises me every time I come down here.

Only two days I spent in Busan, but I ran into a few markets during the time. Here are the amazing seafood scene from Busan. The products here are very commonly seen in everywhere in Korea, in markets and dining tables. I’ve miss this. This scene, and the food. Nakji (Octopus minor) and scollops are popular in Korea Largehead hairtail – I love these