Facts about Orangutans You Didn’t Know About

The Power of Hot Shower – Travel Makes You Humble

Under the Javanese Sun: Mount Bromo at Sunrise

Facts about Orangutans You Didn’t Know About

How much do we know about orangutans?

Recently I visited orangutans at Camp Leakey that runs by Orangutan Foundation International (OFI). The long history and inspirational work of OFI touched all of us. I’ll tell you the story in another post. First, I wanted to share the photos of amazing orangutans. It’s hard not to appreciate them while watching how they move and react. We even saw a couple of wild orangutans on the boat which was an extremely rare experience as I’ve heard. However, the main event was at the two camps at Camp Leakey. Visitors can join the rangers during the feeding time to watch orangutans. As Dr. Briute said, Camp Leakey, is ‘NYC for the country folks’. Meaning, you wouldn’t want to live there but would want to visit once in a while.

Here I’m sharing interesting facts that I learned during the visit, and part of the photos. Believe it or not, I took 900 photos of orangutans. It was quite a hard journey to pick out the good photos.

Doyok was watching us for a long time

Facts about orangutans you didn’t know about

That’s one way to relax 😉

Amazing color of her hair 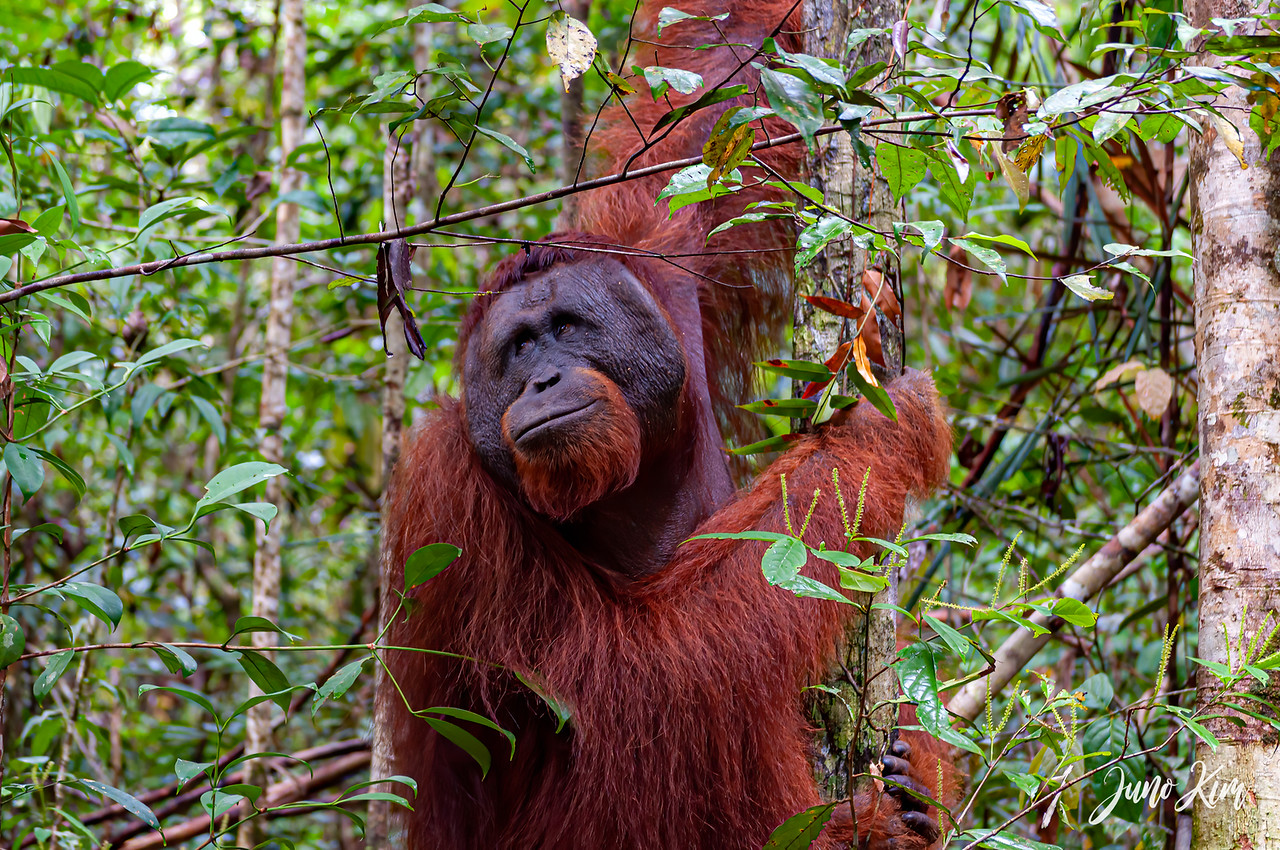 A man of forest

Orangutan babies stay with their mom for 7-9 years 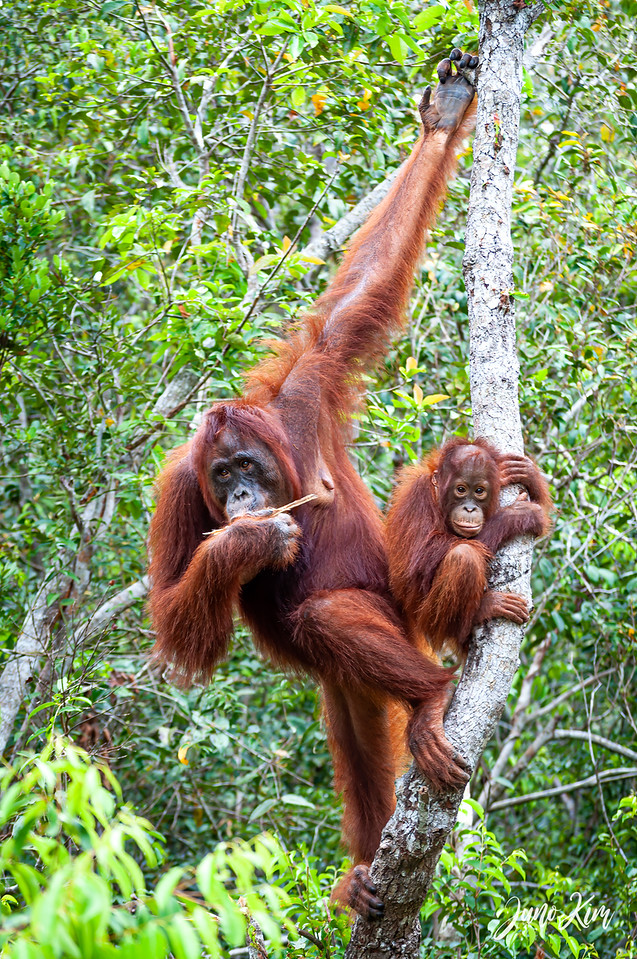 Orangutan babies learn their life skills from their mom

Their hair shines golden through the sunlight 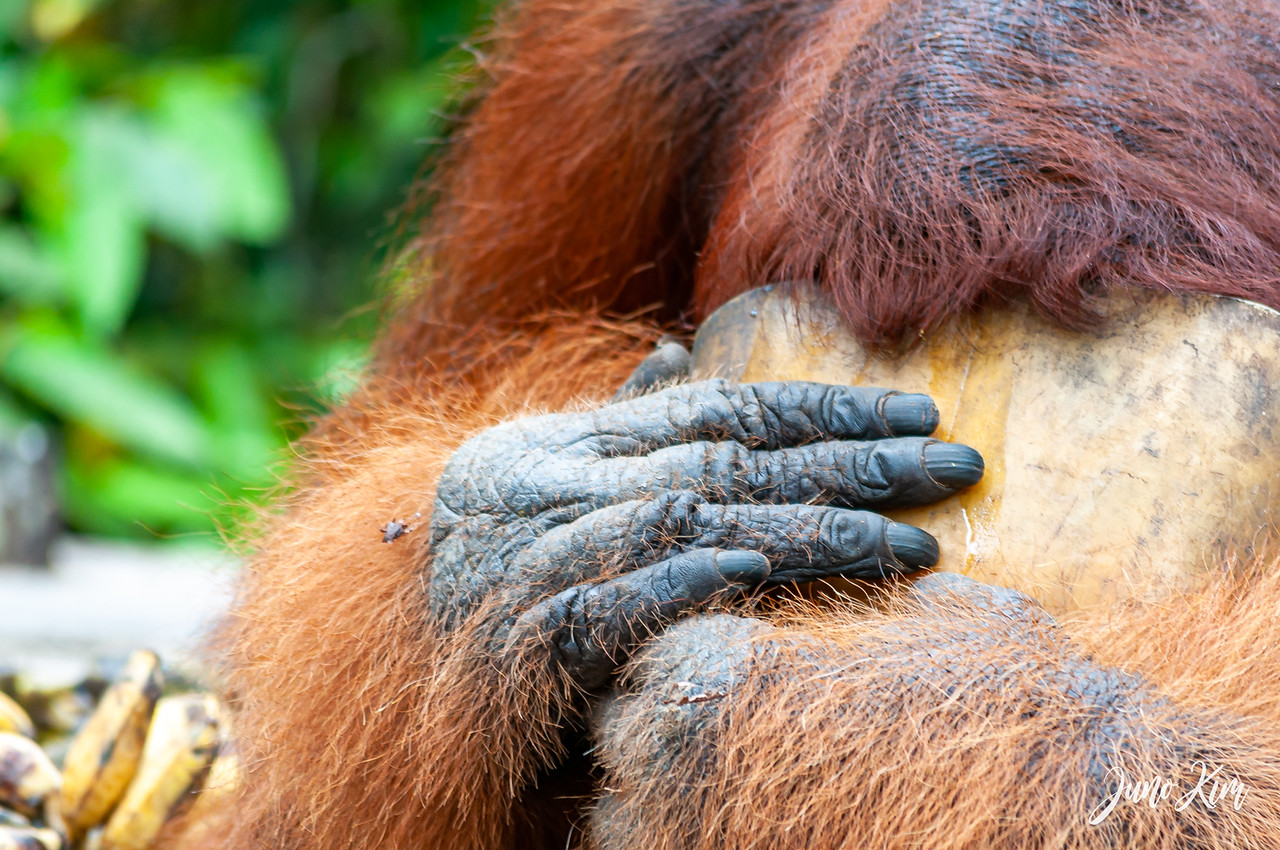 I love watching the hands of orangutans. It looks so similar to ours.

Doyok is a dominant male