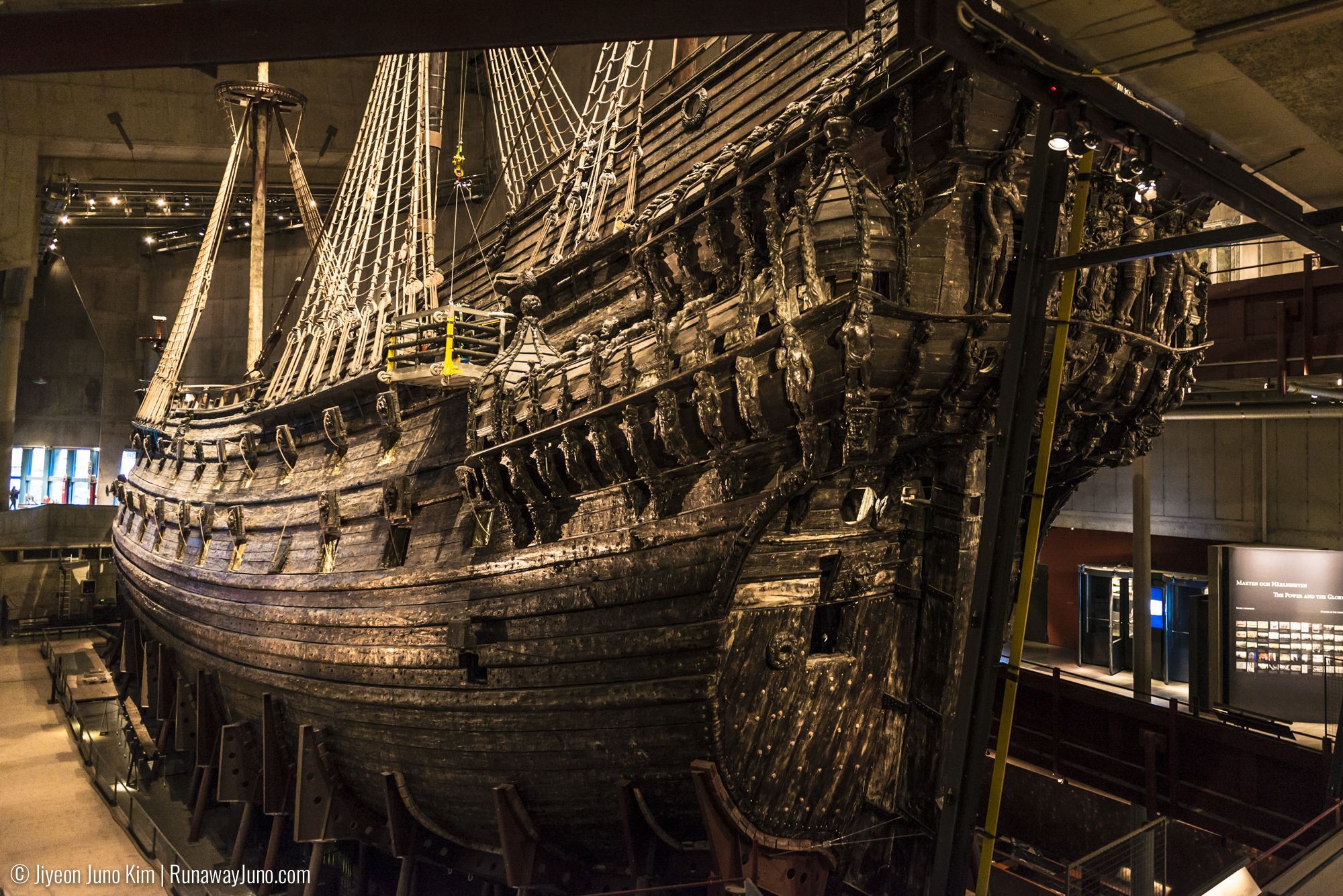 Vasa Museum was more than just an old boat in a building, which I thought it was. Vasa was a symbol of the Swedish “great power period”, when Kingdom of Sweden controlled much of the Baltic region during the 17th and early 18th centuries. The ship was built as a warship, but it sank during her maiden voyage on 10 August 1628. Vasa was under water for 333 years on the bottom of Stockholm harbor. Despite the fact that it was under water for a long period of time, 98% of the ship displayed in the museum is original. Vasa was famous for the elaborated decoration. Thankfully, most of the sculptures were down on the mud when it sank, which was the one of the many reasons why the ship and decorations are in a good condition to this day. The background of the transom (the flat surface at the stern of the ship) was where you can see a lot of symbols of the period. After a careful restoration work, now we know they were all painted red, while the sculptures were decorated in bright colors, and the dazzling effect of these was in some places emphasized with gold leaf. background of the transom was where all the sculptures were placed A 1:10 scale model of the ship on display at the Vasa Museum.