I’m back from Mongolia! And this is what I’ve learned.

For 12 days, I traveled in Mongolia for the first time. I was a bit tired from 12 days of adventures in Kyrgyzstan but was thrilled to visit this country that I wanted to come for so long. With a group from Unquote Travel, we packed our bags and left for the great wild. As the day went by, I found myself getting more excited about everything about Mongolia. The descendants of Genghis Khan were extremely generous and kind, the wild landscapes were almost unreal, and the sense of freedom blowing with the wind was addictive.

I felt at home in Mongolia, yet different than other places that I often feel the same. It was more profound, like I was back in a place that I’ve known for a long time. Maybe part of me is actually from this land. That wouldn’t be the craziest idea considering the history between Mongolia and Korea. During the 12 days, I discovered what I loved about Mongolia, learned the complex and interesting history (that’s related to Korea’s), and fell in love with the most unique language I’ve ever heard.

How much do you know about Mongolia? Here are seven things you didn’t know about this great country that once ruled more than half of the world.

It’s not too uncommon to see a mixed culture as the result of colonization and other historic events. I was expecting something like that in Mongolia, knowing their history with China and the Soviet Union. But surprisingly, Mongolian culture is very unique. We saw the popular show at the Mongolian State Academic Theater of Opera and Ballet which was truly mind-blowing. It was a two-hour show featuring various types of performers like dancers, singers, musicians, a contortionist, and an orchestra entirely made up of Mongolian traditional musical instruments. Mongolian culture has its own strong and unique identity.

The language is the most unique Have you heard Mongolians speak? It’s bizarre. It’s not nice of me to describe someone else’s language as ‘bizarre’ but that’s the word I keep thinking. I’ve heard a lot of different languages but Mongolian has a category of its own. Mongolian is one of the rare cousins of Korean but there’s not much similarity other than the sentence structure. It sounds like a very commanding language, that you would use in a palace or at an ancient combat site. Even saying something trivial like “Bring out some knuckle bones” for the game, it sounded like he was declaring war or something. The traditional script is even more mind-boggling. Currently, they are using a modified Cyrillic alphabet for writing, but Mongolian is not related to Russian.

It’s where the only wild horses exist 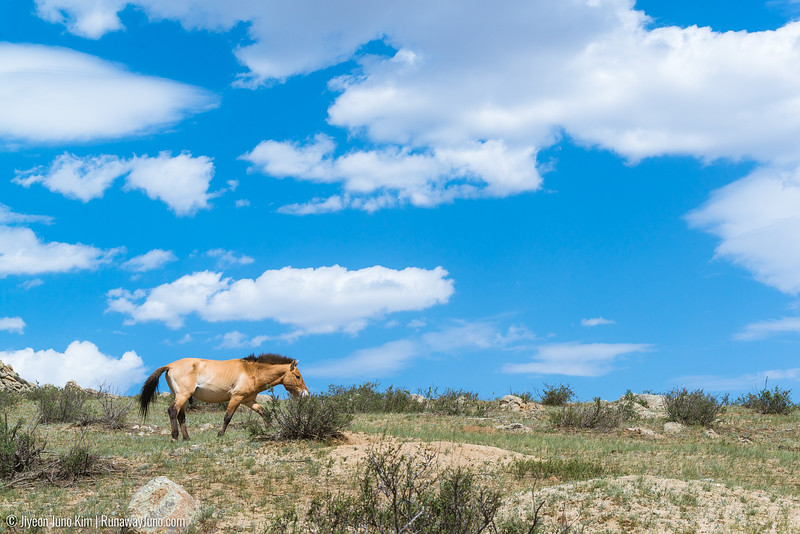 The Takhi horse, also known as Przewalski‘s, is the only existing wild horse on earth that’s native to the Central Asian steppes. At one time it was extinct in the wild but was reintroduced to its native habitat in Mongolia. At Khustei National Park, you can normally see the wild horses roaming the hills during the day. If you see one, take a closer look at their legs, which have faint zebra-like stripes. Photo: thevagablond
I’ve never encountered this much “Korea” outside of Korea. Of course, Korea Towns in Los Angeles or New York are like little Korea but those are just small sections of the city. But in Mongolia, the entire country is experiencing a serious case of Korea fever. In Ulaanbaatar, it’s impossible not to notice “Korea” in every block. Korean restaurants, cosmetic shops, clothing stores, Korean coffee shops, and even in supermarkets, Korean products are everywhere. Even in the Naadam Festival’s press room, Korean cookies and bottles of juice were front and center right next to a jar of airag. It’s bizarre and flattering at the same time. Thanks to that, I got to eat at a Korean restaurant for two days before my trip started. Love me some jaeyuk bukgem.

Mongolians are truly longing for the life in nature

During my trip around Kyrgyzstan, I had learned that the nomadic families only live in the jailoo during the summer months. Similar in Mongolia; some families move back to villages before the winter comes. Mongolia is a big country, the 18th biggest in the world, with a very low population density. Currently, the half of population, 1.3 million is officially living in the capital city Ulaanbaatar. But we’ve heard that’s out of necessity, more than anything. During our trip, we often stopped the car and took long coffee breaks on the breezy steppe. Mongolians’ houses might be in the city or village, but their home is out in the countryside.

Deserts are full of life 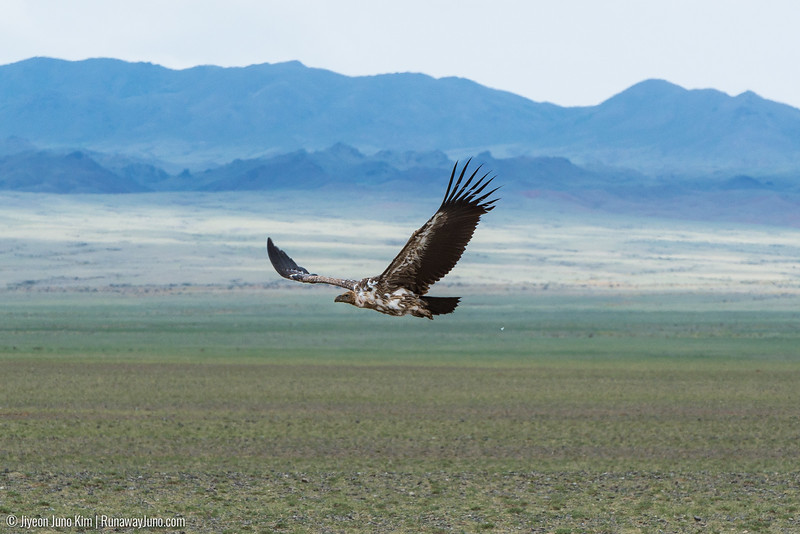 That’s one of the biggest misconceptions about any desert, that it can’t be home to any life forms. On the contrary, whenever I visit deserts, I’m astonished by the diverse society of various species. Mongolia’s Gobi Desert is not an exception. As we drove south heading to The Gobi, we had to stop the car so many times to see amazing creatures like eagles, gazelles, foxes, marmots, bearded vultures, and of course, countless sheep, goats, horses, and cows.

I am Mongolian, presumably 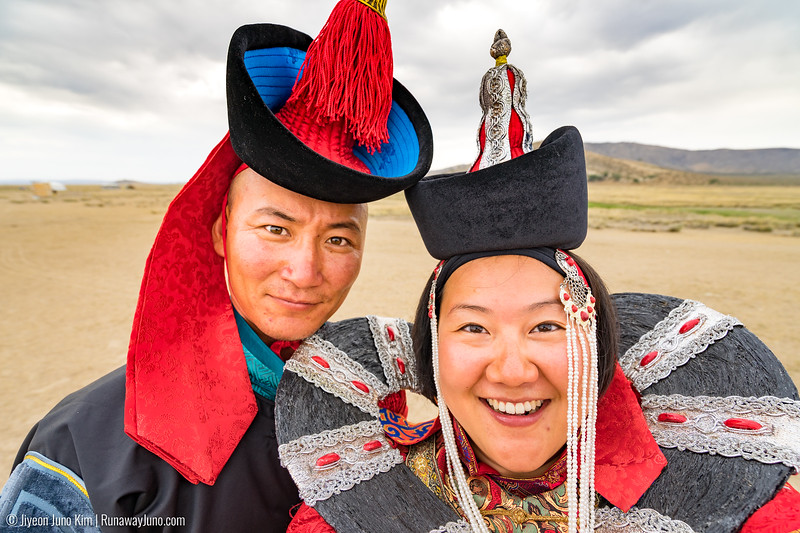 I think I found an answer, why I always stood out in a crowd in Korea. Because I’m descendant of Mongolians?! When I was at the Naadam Festival, I noticed that Mongolian women are taller and bigger than average Asian women. I felt comfortable around them (I am quite taller and bigger than average Korean). As an East Asian, I’m not often being confused as local when I travel. It happened to me a few times in certain countries, like Nepal, China, and Japan. But in Mongolia, everyone, I mean everyone, thought I was Mongolian without a shred of doubt. In our tour group of Mongolian guide and driver, Mongolian-look-alike Korean and Malaysian, and a Korean, our group was often subject of a conversation of others, “Who are the guests in this group?”. Unlike many of my American friends who have many different ancestral roots, I was always sure what 100% of me was made of. But now? I’m not so sure. My love of winter and adventure, passion for indigenous cultures, longing for wild nature might be the result of my Mongolian ancestors. I think it’s time to contact one of those ancestral-study companies…

By popular demand, Unquote Travel’s Experience Mongolia Tour will be coming back next year!