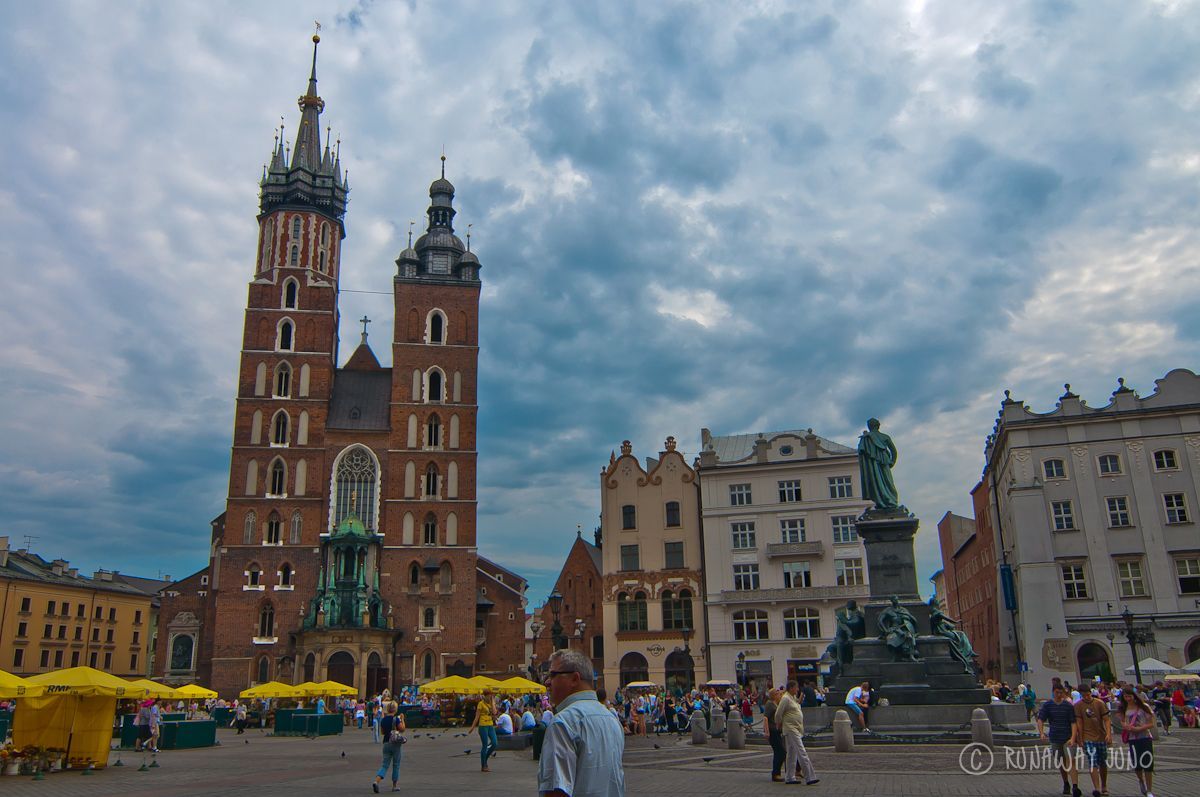 My recent encounter with a Polish blogger named Igor reminded me how much I enjoyed Poland. He was quite surprised that we pointed to Poland as one of our favorite destinations in Europe, and the out of the ordinary places we’ve been to (Myslowice, for example) there. Poland is an excellent transition country between western and eastern Europe. It’s well developed with train tracks and highways, but also still has the authentic charm. Small towns are truly worth visiting. Bring your polish phrase book and start exploring! There are so many reasons why we all should visit Poland, but I can sum up with three words why I loved it there: pierogi, microbrew beers, and science.

A wide range of dumpling is one of the most common dishes in the world. In any culture, there’s something resembling this structure: Italian ravioli, Korean mandu, Turkish and Uzbek manti, Chinese jiaozi, and so on. Poland is not an exception. Their national dish Pierogi is a type of dumpling that’s boiled fist and then baked or fried with butter and onion. Polish pierogi are made with grounded meat, potato, vegetables and cheese. They are boiled first and fried with lard and served with fried onions, bacon, and a handful of lard pieces. Just like any other popular and traditional dish, everyone has their own secret recipe. It was one of my strong purposes in Poland to taste different types of pierogi.

Hunting down Polish cuisine in the milk bars is a one-of-a-kind experience. Thanks to milk bars (bar mleczny), it’s easy to find authentic Polish food for a reasonable price. Walking into milk bars, especially un-touristy ones, is like walking into the Communist era. They got the name milk bar, because the first milk bars in Warsaw provided milk-based food. However, the role of milk bar carried through World War II. Poland became a communist state and an ally of the Soviet Union after the fall of Nazi Germany. Most restaurants were natioinalized and closed by the communists and milk bars became the essential place to eat for the common folks. In the mid-1960s, milk bars offered cheap meals to working class people. The hard days are over, or getting better at least, but several milk bars are going strong, still beloved by the local people. Some of them even continued their business changing to a more modern style to attract tourists.

Don’t be surprised, it’s true! Poland isn’t the first place to think for microbrew beers. But the beer scene is rapidly changing, starting from the big cities. We read it somewhere before coming to Wroclaw, and went to find the very happening bar. People were sitting outside, mainly locals and Polish tourists, chatting away, drinking beer and eating sandwiches. Microbrew beer is one of the small things that I’m really passionate about, and Poland just won a big score with their beer culture. You can still find the beer from major international breweries like Carlsberg and Heineken, but more and more Polish people are opening doors of opportunities to the small brewers. Oh and don’t forget your lard sandwich. In Poland, sandwiches with lard spread (with pieces of deep fried bacon and pork skin) are popular. It’s gooey and crispy deliciousness.

Before anything, for me, Poland is a country of Nicholas Copernicus and Marie Curie, astronomer and chemist, respectively. Two of the most brilliant scientists of all time came from Poland.

Nicholas Copernicus (Mikołaj Kopernik) formulated the structure of the universe that placed the Sun rather than Earth in the center. What a rebel, right? This model was published in 1543 right before his death (because he was afraid of the Catholic Church), and is still considered as one of the most important events in the history of science. He was from Toruń, and studied in Krakow. His statue and monuments can be found around the country including old town in Warsaw and Krakow.

Marie Curie (Maria Skłodowska-Curie) was a physicist and chemist, the first woman to win a Nobel Prize, and still the only person to have won in two fields, physics and chemistry. She’s most well known for techniques in isolating radioactive isotopes and discovery of two elements, polonium and radium. She named the first element she discovered after her native country. She was born and studied in Warsaw before moving to France. A big mural of Marie Curie is painted on her birthplace in Warsaw.

#Enterprise is a partner of Runaway Juno Media. As always, all opinions are my own.