Get to Know the Outback: Experience the Best of Australia 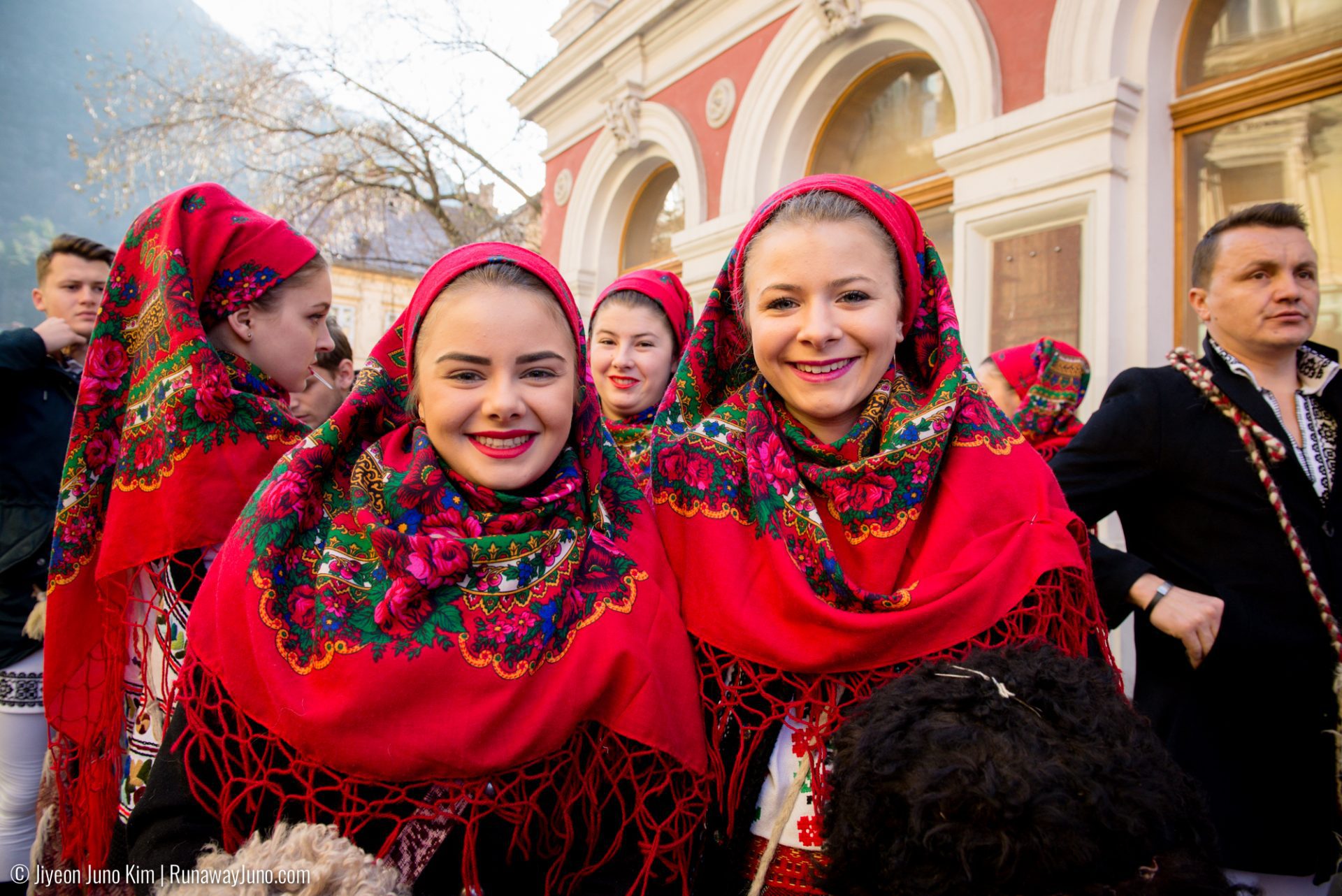 Dracula is a real person in Transylvania, did you know?

Even to someone who doesn’t know much about Romania, the name Transylvania is familiar. Dracula, the Gothic horror novel by Bram Stoker, put Transylvania on the global map. The novel was based on a real person, the Transylvanian-born Vlad III (also known as Vlad the Impaler or Vlad Dracula). He was called Dracula, meaning the son of the dragon, because his coinage had the dragon symbol. Especially around Halloween, visitors gathered in Transylvania around the places related to Vlad the Impaler. But let’s explore this region beyond the cult of Dracula.

Transylvania bears the name meaning “beyond the forest” because of its natural borders, the Carpathian mountain range. The region is famous for its mountainous landscape and rich history. Transylvania has been ruled by many different countries throughout its history such as the Roman Empire, Bulgaria, the Kingdom of Hungary, the Ottoman Empire, and the Austro-Hungarian Empire before its return to Romania in the early 20th century. 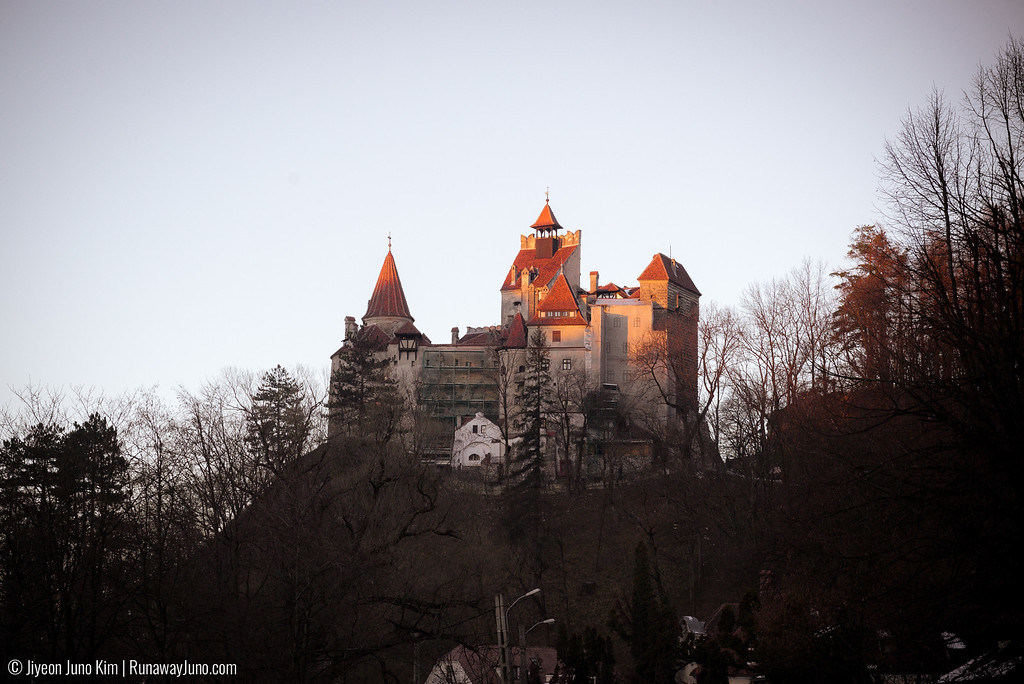 More commonly known as Dracula’s Castle, Bran Castle is one of the highlights of Transylvania. Technically Bran is located on the border between Transylvania and neighboring province Wallachia but very close to Brasov. Even though it is known for its connection with Dracula, there’s no evidence that Stoker knew about this castle. Bran Castle is known as the one from the book because it’s the only castle in all of Transylvania that actually fits Bram Stoker’s description of Dracula’s Castle. When Transylvania returned back to Romania, people of Brasov dedicated this castle to Queen Marie of Romania. Now the castle is a museum of her private collection. 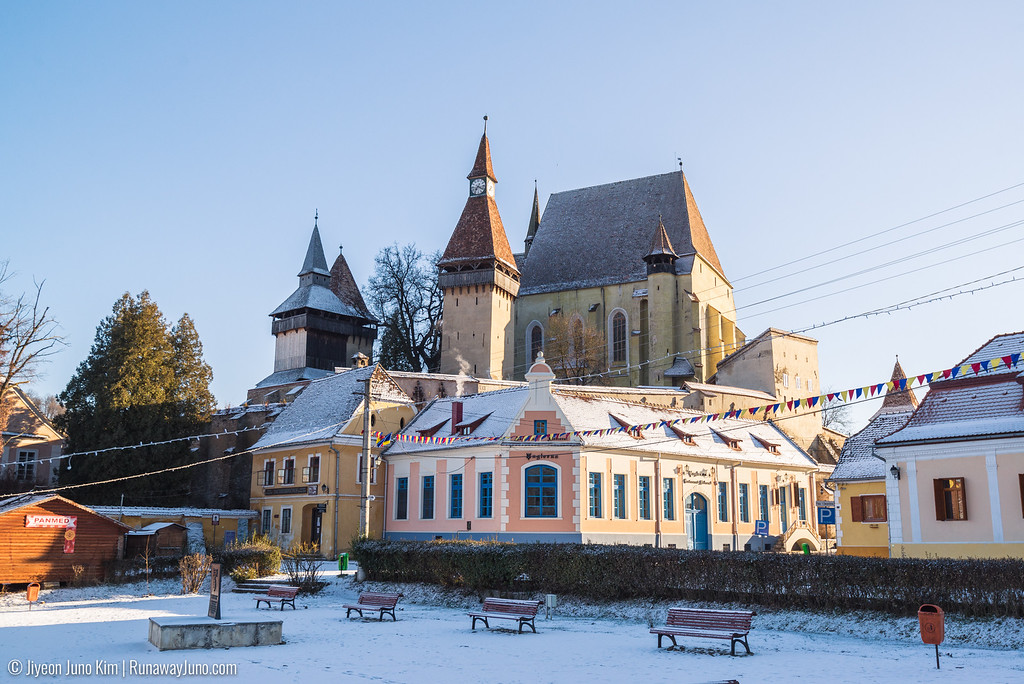 The Saxon villages appeared when the Kings of Hungary settled German colonists in the area in the 12th century. Because of the constant threat of the Ottoman Empire and Tatar invasions, they built fortifications centered around the main church of the village. In many cases, the church is situated on a hilltop, an easily defendable position. The most important towns were fully fortified. Most of the churches are built in Romanesque or late Gothic style and some also include Baroque elements. The churches were used as defensive towers as well as essential facilities for the villages like a storage for valuable goods, a safe house, and a school. These walled churches were able to function as a small village when needed. 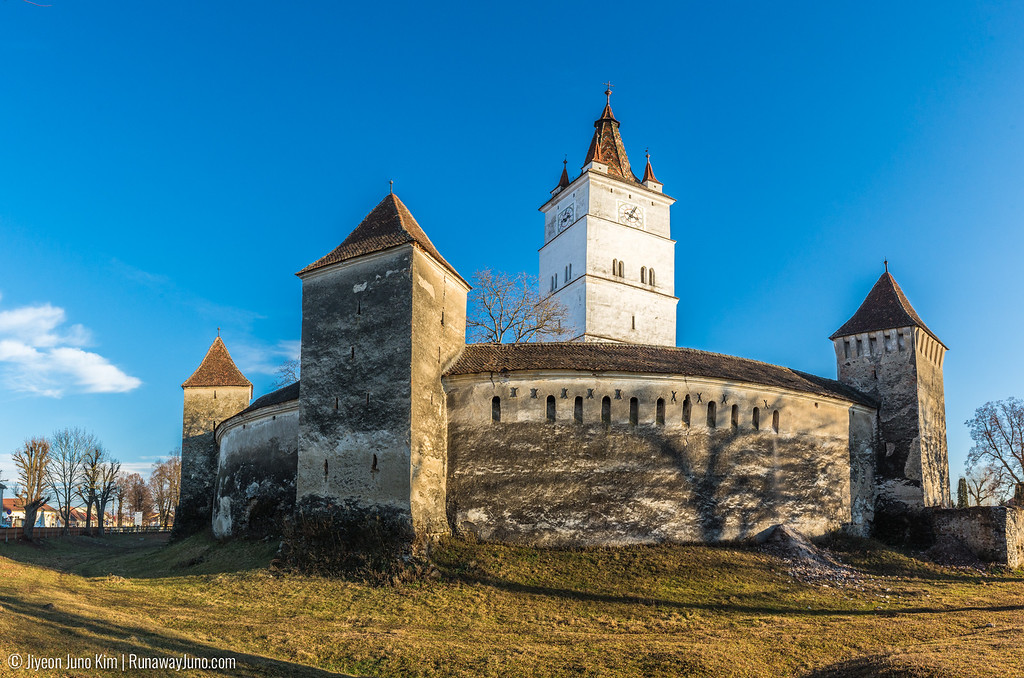 Transylvanian villages are cozy in winter, like visiting grandmother’s place. The cobblestone streets are covered with snow. A horse carriage makes a wobbly noise driving on the cobblestone street, a flock of geese cross the street, kids in fuzzy winter hats play around the town square, dogs are sleeping on a small patch of hay, and the entire village is infused with burning wood. The smell of winter.

The villages are so peaceful and charming, even the prince of England has a cottage here. Falling in love with the country after his visit in 1998, Prince Charles (who has ancestral roots here) purchased a first home in the small Saxon village of Viscri. Now he owns another house in a village of Zalanpatak in the mountains.

Life in the village is slow. Away from civilization, it’s a small patch of heaven, especially in the hectic days of modern society. We visited many villages during our four-day Transylvania trip, experiencing the slow but happy life here.

The main square and streets will be full of life during the summer time. 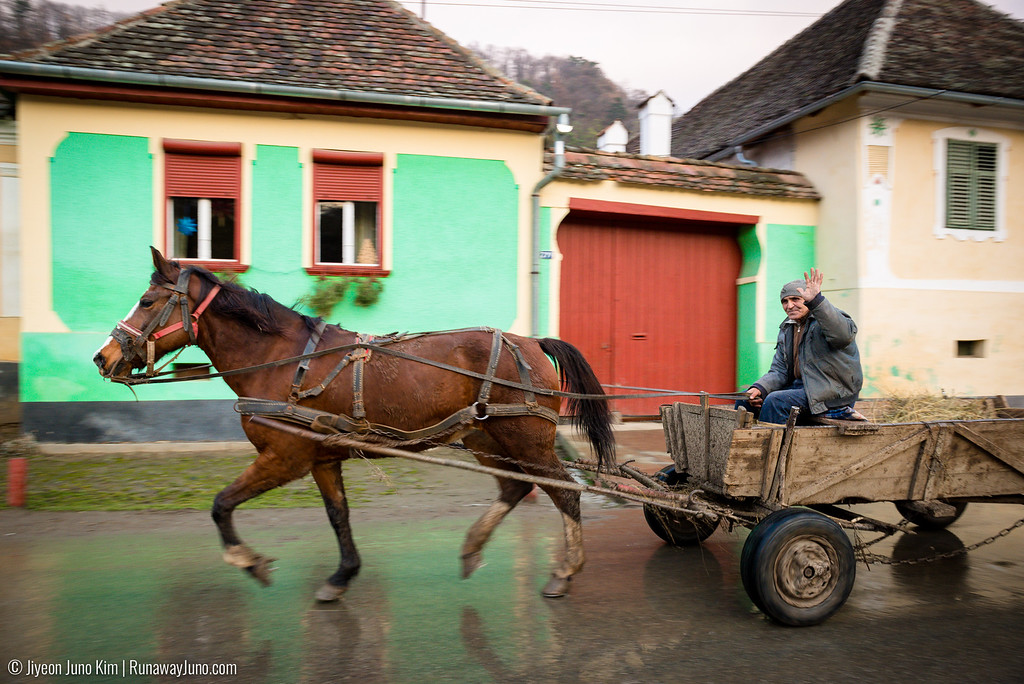 A horse carriage in Mălâncrav

The village life in Mălâncrav 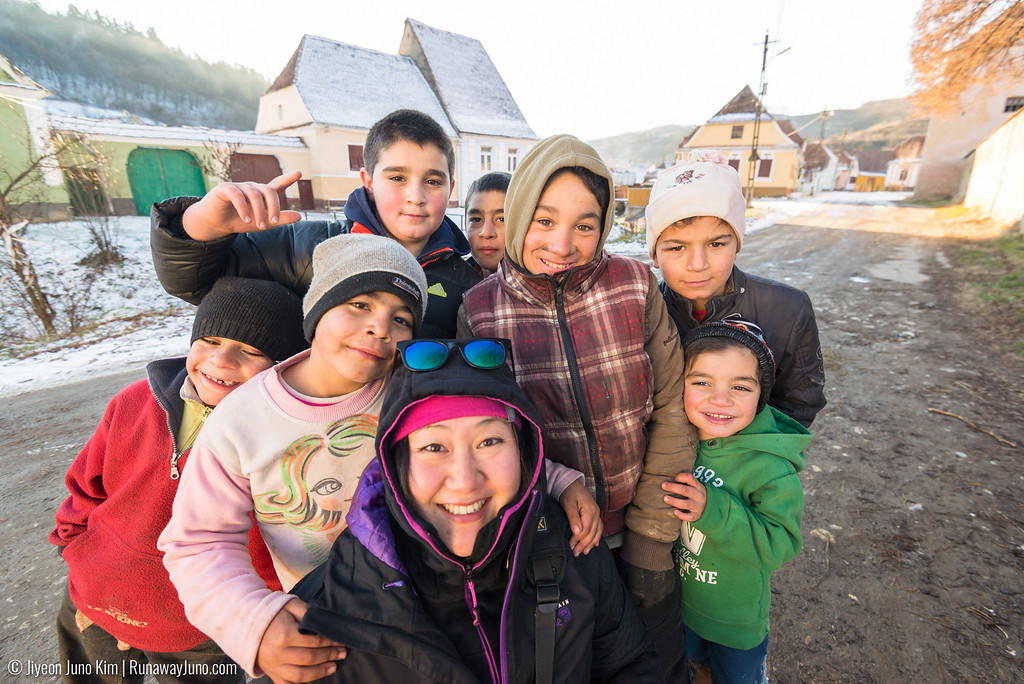 Having fun with kids

The history and culture of Romani people are complex. Understanding the background is a whole other world. I experienced a fraction of Romani culture in Transylvania. My friend Alex, who runs a travel company in Romania, offers a unique experience because of his personal relationship with some Romani families. I was excited to meet a Romani family due to my interest in experiencing different cultures.

We stopped at a small village outside of Brateiu to visit Nikolai, or Culita, as his friends call him. When we drove through this village, I could see that we had entered a different world. Nikolai is a coppersmith like other men here. Many of them set up a shop on the main street to sell their hand-crafted copper products. He showed us how he forges a big piece of copper into a big pot the size of a child. His nephew who is not even a teenager is already a skilled coppersmith. Nikolai introduced us to his wife and their son. I bought a Turkish coffee pot before I said goodbye.

It’s a unique experience to meet people who are known with such a negative view. The important lesson from this experience is that we have to see people with their individuality, not judge as a whole group. To me, Nikolai is a coppersmith from Romania, not a problematic Roma person.

*Romani people are also known as ‘Gypsies’ in the English-speaking world as well as in Romania. When I was in Romania, I asked Alex what’s the proper term to call the people before we visited. He said it’s common to call them Gypsies in Romania and it doesn’t have negative connotations like other countries. Same in Moldova. In our terms, it’s proper to refer to them as Romani or Roma people, as ‘Gypsy’ now has negative connotations in the English-speaking world.

Romania is rich with folk customs, especially in places like Maramureș region. The traditional clothing and customs are one of the highlights of traveling in the country. Before Christmas is a good time to witness a fun tradition. All over the country, people pour out in the street in their traditional clothing and animal customs to chase bad spirits away before Christmas comes. Our first day in Brasov we ran into a big parade. Some of the most striking costumes were from Maramureș region. It was just a little sample of what Transylvania offers and it was enough for me to get interested in exploring deeper in the culture. Medieval towns in Transylvania still have the charm of small villages but on a bigger scale. When Saxons came over in the 12th century, they settled in the Seven Fortresses after the seven fortified towns they built here. The seven towns are Sibiu, Brasov, Sighisoara, Medias, Bristrita, Sebes, and Cluj Napoca.

I thought such charming medieval towns only existed in Italy. Walking down the windy cobblestone alleyways under the romantic yellow streetlights, looking at the snow-covered castle and colorful houses, shopping at small shops in and out of the city walls, this is the European life I had imagined. I went to Brasov, Sibiu, and Dracula’s birthplace, Sighisoara and thoroughly enjoyed the delightful medieval atmosphere. Maybe I’ll live in one of these towns during my next Europe tour.

If you haven’t, start reading Dracula and let’s explore this land beyond forest together.

More about Experience Transylvania at