Issyk-Kul Lake: Who Knew I Could Go on a Beach Vacation in Kyrgyzstan? 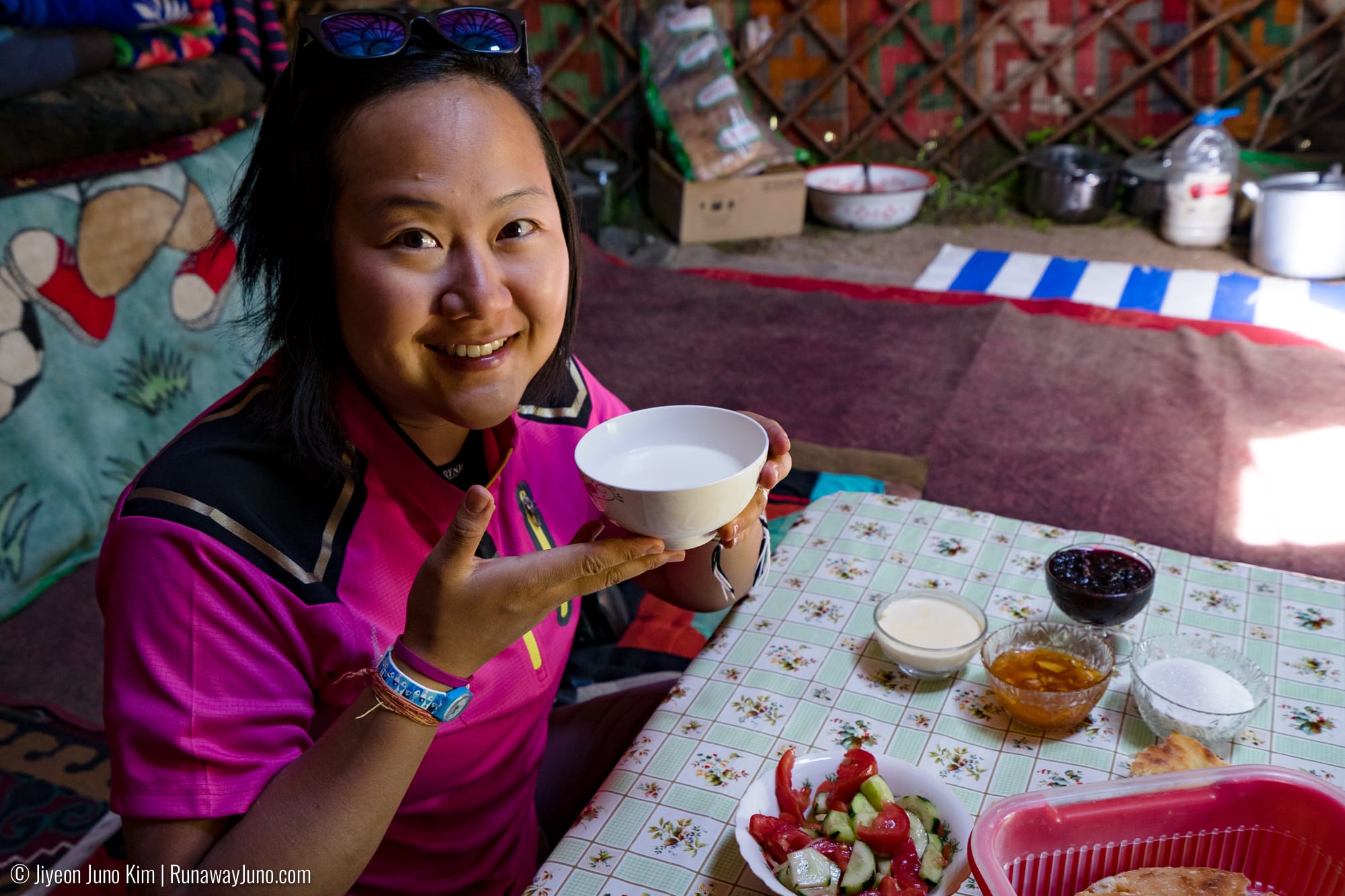 It’s natural to use dairy products from the animals people have. So, using milk from a horse is only logical for nomadic people in Central Asia.

On our first day of adventuring in Kyrgyzstan, our guide Kanybek told us a lot about kumis and how powerful it is for people with certain illness or problems. We passed many yurts once we were out into the countryside. Apparently, you can stop and ask for kumis or tea in any of these yurts. Ok, why not? We stopped by a yurt in a long, low valley. They had a yurt, container, and a lot of animals running around. We stepped inside and I immediately smelled something funky. That was my first encounter with kumis. 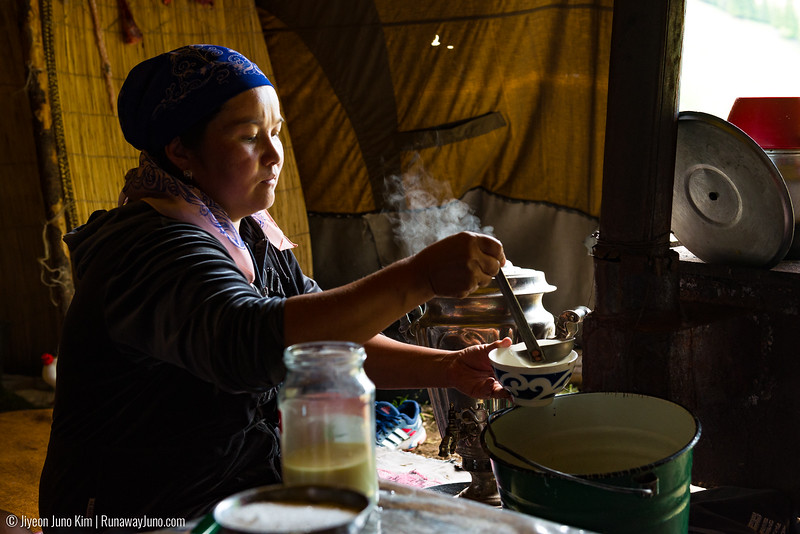 Drinking kumis with a nomadic family

Kumis is made with mare’s milk collected throughout the day. Mares have to be milked every several hours and it only takes a day to ferment the milk. Since mare’s milk contains more sugars than cow’s, kumis has a higher alcohol content (about 2.5%) when fermented. During the fermentation, the lactose is converted into carbon dioxide so it becomes a good nutrition for people who are lactose intolerant. Fresh, unfermented mare’s milk isn’t generally used because it’s a strong laxative. (Oh… and now I’m understanding the frequent trips to the bathroom that night.)

The host mom served kumis on a tea bowl that’s typically used in Central Asia. My first impression; it was so sour. Like after eating a whole lemon, my entire face scrunched up so badly. Then the host offered me ‘soft’ kumis, that’s mixed with fresh milk. It fit to my taste better. We drank kumis, ate bread with kaymak (homemade cream), and absorbed the life of a nomadic family. As I drank more more, I found the mare’s milk a lot lighter and easier to drink than cow’s milk. It was hard for me to finish one bowl at first, but as I was traveling and meeting more nomad families, I was searching for kumis by end of the trip. There was just something about it, it felt natural to drink kumis and eat bread and kaymak. 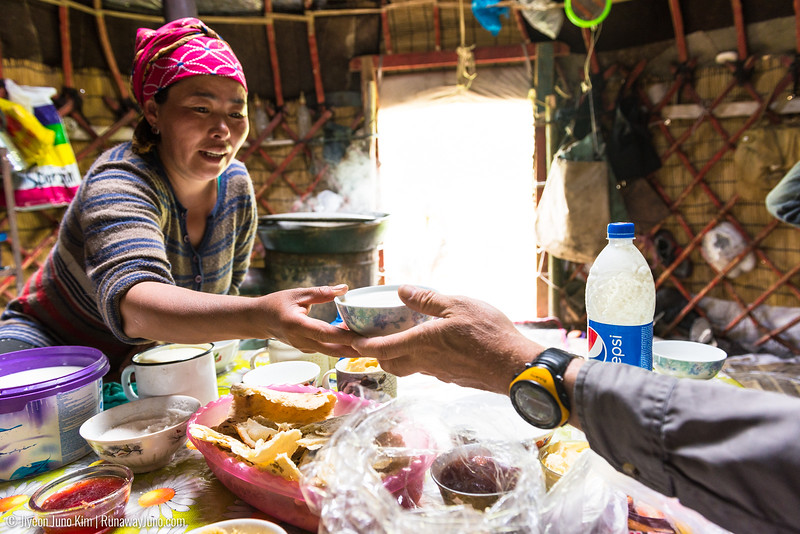 It’s always something the host offers

The milk is normally fermented in a wooden barrel with big stirrer inside the yurt. One time when we had lunch with a nomadic family in the mountains of Jumgal, we saw kumis being fermented inside of a goat skin bag. That one had a slight hint of smoked flavors.

It was believed that kumis had healing powers in the 19th century. Between Kyrgyz people, there is still a strong belief that consuming kumis is essential to a healthy life. I’m not sure about the medical reasons but it definitely feels great drinking a bowl of kumis after a hard day of hiking in the mountains. Fermented mare’s milk is also a popular drink in Mongolia which is called airag. In Mongolia, sometimes airag is made with camel’s milk as well.

#Disclaimer: This trip was made possible by the support of the American people through the United States Agency for International Development (USAID). The contents are the sole responsibility of the author and do not necessarily reflect the views of USAID or the United States Government.