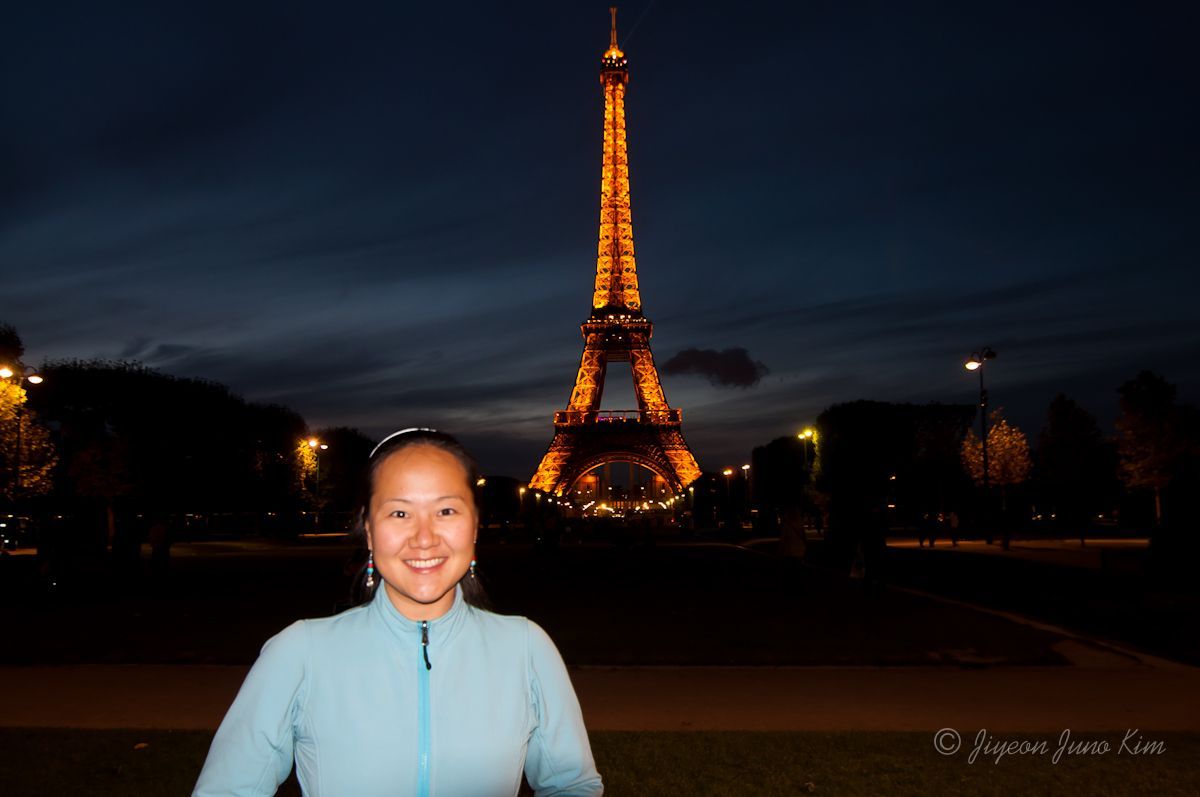 What a Wonderful Twelve Months!

I’m glad the Mayans are wrong. Technically their calendar didn’t indicate the end of this world but they just ran out of a space to put the dates, and I’m very much glad we all are still here to make more memories. Even in 21st century, we always run out of space to store our datas even with 1TB hard drive, so I guess the technical standards are getting higher and higher.

To sum up this year’s expeditions, and to get ready for next year, I looked back last twelve months. What a wonderful world we live in! There were so many stories to tell, so I did, and so many photos to share, so I did, but since we have limited spaces I picked out the best moments of each month. It’s been over an year since I left Seoul. December 6, 2012 I packed my backpacks and left my hometown. I’ve been to 21 countries since I left, and countless wonderful memories. It was extremely hard to choose only one episode each month, and I’m very grateful for that.

January of the year 2012 was all about China. Starting at Guangxi Province, I’ve been traveling around China until I had to get out of the country because of my visa restriction. China gave me very complex emotions throughout three months, but I had to admit some of the landscapes were amazingly inspiring. There are some wild places around the countryside. Yuanyang rice terraces was one of those places. We’ve heard the scenery was better after a heavy rain, and we got lucky. After a rainy day, the rice terraces made pretty reflections with all the rain water.

Muang Noi, a town with a limited electricity supply, was a small retreat for me. The electricity comes for about three hours, from 6 pm – 9 pm, and no running water for a toilet. You can only rent a place with a water-heater with more money, but it will promise you to give you all the peace and quiet you want. The only way to get to Muang Noi is to ride a riverboat from the closest town, Nong Kiew.

This little kitty is Kathy. Actually I didn’t know her actual name but we named her Kathy the cat. She lived at a restaurant in town, we got a long really well, and she was really sweet. One afternoon, she found me reading a book on my hammock. She crossed across the town. Isn’t she sweet?

Me with Kathy the cat at Muang Noi, Laos

Did I mention how the landscapes in China were inspiring? Tiger Leaping Gorge was definitely one of them. It’s China’s finest hiking trail. For one and a half day, we walked the gorge between snow-covered mountains where the tiger leaped. You should definitely prepare for the hike, sturdy shoes, warm clothes and all that, but it was not as hard as you think it would be. It was a well-beaten path.

2012 was the year of animals. I never actually thought about it, and this was my first time ever to see panda bears face-to-face. Panda bears exits so many different forms, accessories, clothes, hats and shoes, I didn’t even realize that I haven’t seen them before. Chengdu Panda Breeding and Research Center is the best place in the world to observe panda bears. They are well-taken care of, and protected. You can visit the babies in early spring. It was the season of cubs when I was there. They were adorable. Money well spent!

Despite all the sweating from the tropical heat, I think I put on some weight during a month in Vietnam. There’s no better place to eat, eat and eat than Vietnam. “Vietnam is a country of food, a country of skinny people obsessed with eating.” according to ‘Catfish and Mandala’ by Andrew X. Pham, but unfortunately I couldn’t keep my shape like they did.

Buncha, the dish I’ve never heard of it before Jenny told me through her article, became my favourite Vietnamese dish of all. The simple assembly of cold-sweet broth, rice noodles, vegetables and grilled pork made a fantastic taste. My taste buds were very happy, and demanding more.

After a half year long tour around Asia, I flew over to the US. I got invited to a wedding in northeastern Pennsylvania, a wedding of Stephen’s cousin. The ceremony was held outside by a beautiful lake. The weather was perfect, and everyone was happy. Just like a wedding was supposed to be. It was beautiful. The music, nicely-dressed guests, the smiles on them… there was no worries or sadness. I was just happy to be there.

July was a wild month. So many memorable experiences! For starters, I finally went to see Wicked, rolled around the Great Sand Dunes and White Sand National Monument, and visited several Native American’s reservation. To attend TBEX Denver, we went on another road trip to Colorado. We extended the trip little longer, visiting New Mexico and Texas. Richard P. Feynman, the Manhattan Project and astronomy were big subjects of my trip this year, and I got to experience all three in New Mexico. To narrate a few: Los Alamos, the Trinity Site, the room 109 in Santa Fe, and VLA.

VLA, Very Large Array, is a major radio astronomy research center in the US, also famous for its appearance on the film Contact. The movie was based on the novel by Carl Sagan. I cried over this movie when I was in middle school, and made me determine myself to be an astronomer when I grew up. Visiting VLA was a significant moment. There’s nothing to do but visiting VLA site in Socorro, NM. If you are interested in science, especially in astronomy, you’d be amazed, just like I was.

Runaway Europe project kicked off starting from Iceland. Everything about this small nation was fascinating including the untouched landscape, and watching the puffins was pretty high on the ‘fascinating things about Iceland’ list. Puffin watching season was about to over, but we got lucky. They are pretty punctual, the island about to be empty in just a few days.

The orange beak and feet were very noticeable. They fly really well, but seemed like they were having a hard time taking off. We couldn’t go closer because they were afraid of people, but we got to see some amazing scenes. Ah, puffins!

Prague was such an exotic place for me. When I was little, when I didn’t know much about the outside world, I thought Prague was the most exotic place on earth. The country that was Czechoslovakia then divided to two separate nations, the city frequently appeared on the novels and movies, and all the red-roofs… everything about Prague was quite exquisite for a little kid.

Then this year, I got to visit Prague for the first time. I had a quite mixed feeling about Prague (I will share the feelings with you soon), but the overwhelming feeling ‘wow, I am in Prague, the place I’ve known ever since I could read and write’ was pretty amazing. I looked down the red-roofs and thought about 20 year-old postcard with the same view I got from somewhere. It’s unbelievable what I do. It’s easy to forget in the flow of life, but it is quite amazing.

Among all the activities we did during the two-week long Indonesia trip, visiting orangutans was my personal favourite. It’s hard not to get emotional while watching them moving. They resemble human in so many levels. We visited the leading orangutan preserve and research center in Borneo, and met a lot of orangutans during the two days. Doyok, the dominent male orangutan looked at us like he could read the situation.

I’m grateful to say ‘my dream came true’ many times this year. One by one, step by step, I’m seeing and doing things I’ve wanted. One cold night in Reykjavik, I got to see the magnificent scientific phenomenon. The solar wind was hitting hard, I assume. I didn’t have the best gear to take great photography, but I was happy with what I got. The northern lights were magical. I may come back to Iceland every winter to see the phenomenon!

The Northern Lights of Iceland

Christmas this year was very special. I got to experience the Christmas tradition with a loving family. My Christmas started with getting a Christmas tree and watching the Rockettes in NYC. Christmas involves a lot of commercial hootenanny, but family traditions I like. The dinners, the church, exchange Christmas gifts (and thought that counts), decorating Christmas tree… I always liked to make Christmas cards, even though I didn’t religiously celebrate Christmas, and I had a purpose to make them this year. It was a lot of fun. Wrapping gifts, making ribbons… I forgot how much I liked those. And also it was really good to see the happy faces after opening the presents. I won’t forgot this moment for a long time.

What kind of adventures are waiting for me, I’m excited already. What a wonderful world we live in!

What as your favourite moment of this year?