My Camera Lenses: What They Do 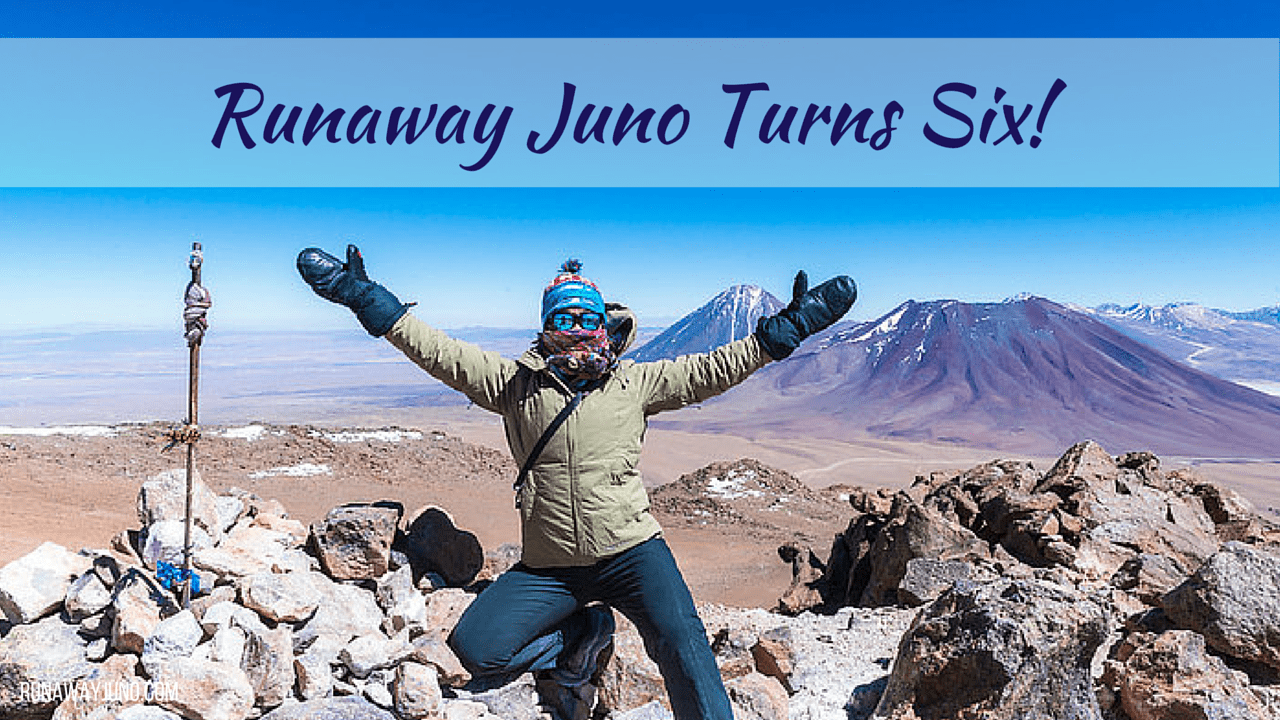 That’s right, March 2016 is the month of Runaway Juno’s sixth blogversary. Do you remember what the world was like six years ago? That was when smartphones were starting to become more common. I was using iPhone 3, and Apple came out with iPhone 4 that year. Twitter and Facebook took off. It was the year of World Cup in South Africa (ugh, remember those vuvuzelas?). Conan got pushed out of his new Tonight Show and created a whole new movement, “Team Coco”. Ah, it was a different world back then. I was also a different person six years ago. I bet you were too. To celebrate this year’s blogversary, let’s walk down the memory lane, shall we?

I was still a cubic farmer in an engineering company. I wore suits (and odd blouses) everyday to work. I worked 12-14 hours a day and came home to write. I was still a very much baby blogger. I got some new hobbies to make my life a bit more tolerable. I traveled a few places during the very small vacations days the company allowed. But it was never enough. It was one of the most unhappy days of my life. Around this time, I made some action plans to leave my job, if I could.

After leaving my job in June 2011, I traveled to the US and want on a big road trip to New England. Then I embarked a trip to Asia with Stephen, starting from Hong Kong and I was in Laos during my blogversary. This was the year Stephen and I traveled together full time. I did so many unthinkable adventures during my grand Asia trip. I wrote 373 blog posts on RunawayJuno and numerous other guest posts. I was right in the beginning of my ‘digital nomad’ lifestyle. Some rural parts of Asia and China weren’t the easiest places to be a digital nomad, but it was a great experience nonetheless. I was full of hopes and dreams, with so much passion at RunawayJuno.

In a toy train to Shimla, India

I finally visited Europe for the first time. Stephen and I traveled 23 countries during one year. It’s the year that I really transformed as an entrepreneur from just another travel blogger. I also deeply understood the real meaning of being happy. I felt the new level of frustration, joy, inspiration, sadness, and more emotions that I didn’t know I had. After countless panic attacks and grumpy days, I finally made a peace with myself that it’s better to feel colorful emotions than living a grayscale lifestyle. I quoted Jim Valvano, a legendary American basketball coach saying “Take time everyday to laugh, to think, to cry”. I certainly did. All three, most of the days. So yes, I would take this life than sitting at a cubical hating everyone. And yes, this is the year AWE was born.

I’ve traveled to India and Sri Lanka. For the first time I traveled to Africa and met the real bushmen. I hosted the very first AWE Conference in Kuala Lumpur since the third blogversary. For the first time in very long time, I rented an apartment in Kota Kinabalu, Malaysia. Runaway Juno travel blog became a Ruanway Juno Media multi-media storytelling company. Traveling was still a big part of my life, but I spent more time establishing my business and AWE to the next level. Fourth year with RunawayJuno.com, and three years of full-time traveling, the life was still very much colorful.

It was pretty certain that I wasn’t going back to an engineering office anytime soon. My career path has shifted for good. How did I feel about it? I think I was just focusing on making it work and finding happiness in daily life. The second AWE Conference was over, and I was energized to prepare the next one in Jogja, Indonesia. The biggest change though, was the relationship with my family. It was not a secret that we had a fall out. My father was sad and disappointed. Visiting home wasn’t too pleasing. But after four years of ‘living an odd lifestyle’, we finally started to heal together. We spent more time. It felt more natural to be around each other. I visited home more often. I even brought Stephen for several times and my parents quite liked him. I was more keen on keeping my health, empowering others, on the top of traveling and maintaining the business. The biggest change though, right after my fifth blogversary, I was about to get married with Stephen!

So here we are. Sixth year. It was quite fun to see all of my previous blogversary posts. RunawayJuno.com has changed a lot over the years. The world has changed. I’ve changed. AWE has evolved and constantly changing. Now it’s called AWE Connect. My desire to empower others is empowering me to move forward. I met so many great women and men around the world because of AWE. What will come next? You’ll have to wait and see. Runaway Juno Media is continuously growing and I’m making more partnerships. The world is moving fast, possibilities are limitless, so how can I execute them is the real question.

Hugging a koala in Brisbane, Australia

Six year came and gone fast. I hope that means I’m having a lot of fun. For sure, I went on the most epic trips in my later travels. I’ve traveled 53 countries, trekked to Machu Picchu, visited the Easter Island, chased northern lights in the Finnish and Norwegian lapland, dived with sea turtles in Borneo, explored Alaskan Arctic, and oh yes, I’m married now. I’m fortunate to work in the industry that allows me to travel for work and have a husband who shares similar visions in life. I’m grateful for my family and my amazing in-laws. All the traveling over the years definitely made me more appreciate my stable home life, whenever I have it.

Six years. That’s longer than any other jobs I’ve ever had. And I have a feeling that it won’t stop anytime soon.

Thank you everyone who made this journey possible. How about six more years?