Have You Ever Been… Sand Skiing in the Namib Desert?

Have You Ever Been… Sand Skiing in the Namib Desert? 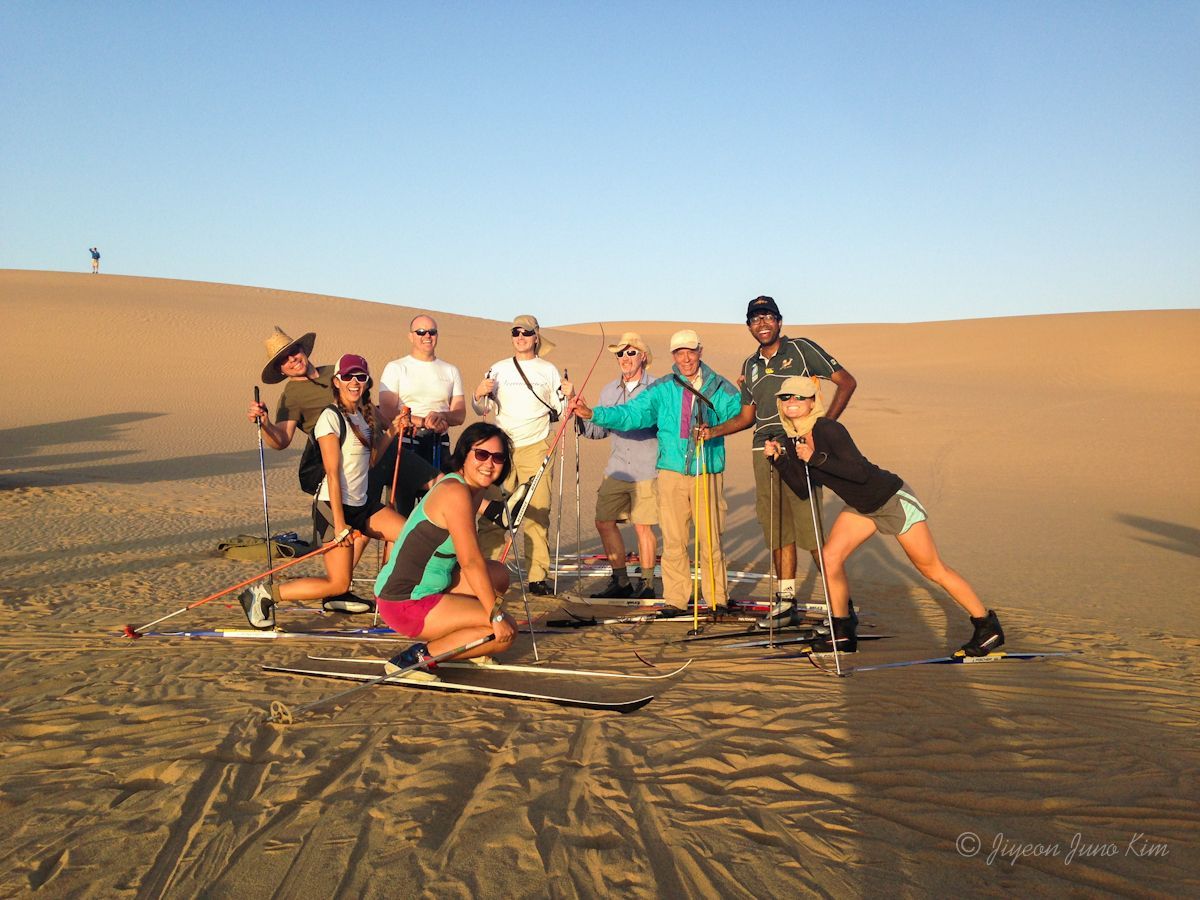 The All New Sand Activity

I have built sand castles, been sand boarding (both sitting down and standing up), rolled down sand dunes, and even ridden an ATV across sand dunes. On my recent trip to Namibia, our tour organizers suggested an idea utterly out of the box; cross-country skiing.

The first three days in the Namib Desert was covered by 4WD vehicles. With the help of our fearless drivers, we conquered the hills and valleys of the sand sea. How could they find the right way to go, I wouldn’t know, but was just glad we had such a trustworthy team of guides. After three days of crystal blue skies, the skirt of clouds at the end of the horizon told us that we were about to reach the water, finally. Now that was our cue to put our ski boots on.

We stood at the top of the Long Wall in the Sperrgebiet, simply known as ‘the Wall’. The endless parallel of soaring ocean and 100-meter sand dunes was unlike anything I’ve seen before. Nature is simply powerful.

Andreas, a computer software designer an avid skier from Germany, skied down the hills toward the water before anyone even put on their boots. The scene gave me slight vertigo, but the view was worth the risk. Soon we departed for our first cross-country ski journey. Skis were invented by the Nordic people to travel easier and further on the snow. The narrow strip of wood must have improved their lifestyle big time. We were in the very opposite environment as those people were, but great minds think alike; skis are an excellent transportation method not only on the snow.

I was a little bit nervous in the beginning but emerged from my worries soon enough. It was easier than I thought, and the friction prevented me from going too fast. (I’m not a good skier because I have a fear of speed.) We could easily climb the highest sand mountain in the area. It took a while of course, but we could never do it without the skis. I wondered if the Bushmen ever thought about using a device like skis to travel faster and easier in the desert. Werner, who arranged and brought all the ski equipment from Germany

We moved our location to the Sandwich Harbour to continue the skiing excursion the next day. The ocean roared against the dune base 100 meters below us. We hiked the dunes up and down alongside the lagoons of Sandwich Harbour. This time, my camera tagged along. The sun was shining beautifully more so than the day before. I had some opportunity to capture the ripples, but I wish I could go back to get better photos.

Without a doubt, cross-country skiing on the sand dunes of Namibia is one of the most unique travel experiences I’ve done so far. The lesson learned: don’t forget to wear a lot of sunscreen and a hat to prevent the raccoon face tan, like I got. Thanks to Joe and Werner who arranged all the ski equipment from Germany! Kudos for the wildly ambitious and interesting proposal.