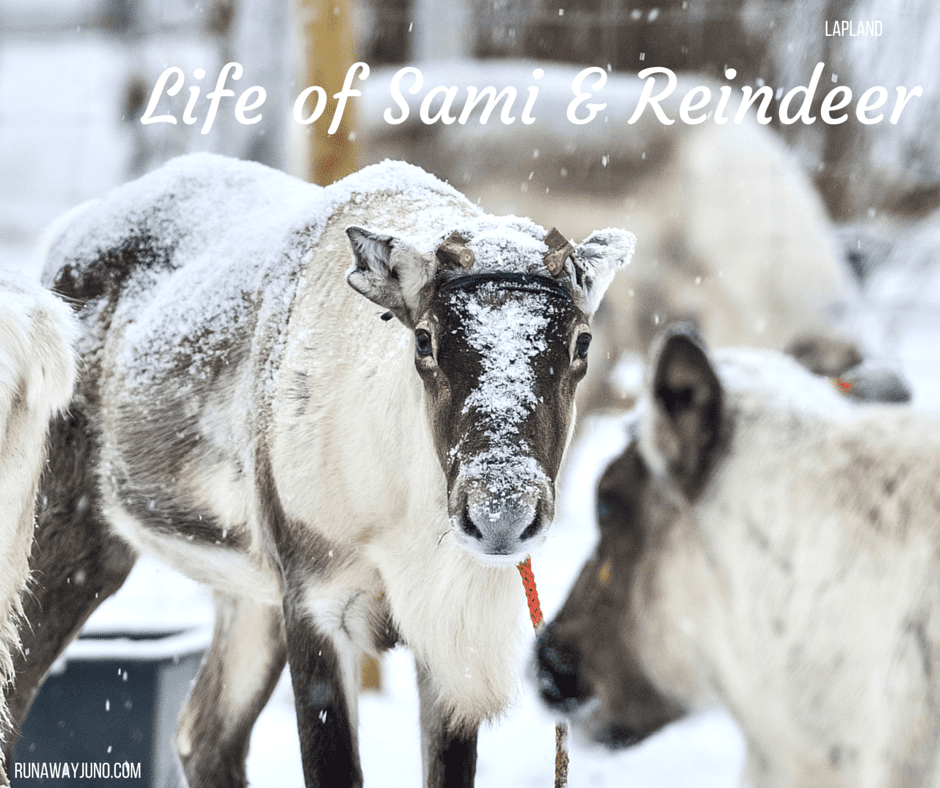 If you are a fan of Frozen, along with every kid and teenager around the world, you’d remember the adorable reindeer Sven. Sven the reindeer is the best friend of an iceman Kristoff, later who involves with Princess Anna. Frozen is an adorable fairytale with an excellent music, but there are more reasons why this movie is interesting. The setting of the movie Frozen was inspired by the Norway’s fjords, and influenced by Scandinavian culture, including churches, cuisine, trolls, Viking ships, and more. Some of the major features were based on the culture of Sami, the only indigenous people living in Scandinavia. The clothing style, musical score, decorations, and especially use of reindeer as a transportation, like Sven, is a great example of Sami culture.

Reindeer herders of the world

Utsjoki is a Sami village in the northern Finnish Lapland borders with Norway. The main industry here is the reindeer herding. The reindeer herding has been the life of Sami people, first by hunting, then through domestication and herding. Sami people’s calendar follows the nature of reindeers. Reindeer are the only semi-domesticated animal which naturally belongs to the north, and they are the center of life in Lapland. Kristoff’s lullaby to Sven “Reindeers Are Better Than People” shows the intimate relationship between the people and reindeers. Not only for transportation, like Sven, but also reindeers are used in various ways since the beginning of time. The people in the north quickly learned how to utilize this animal to survive in the harsh environment. First and foremost, reindeers are here for the food. As you can imagine, there are not much farming happening in the Arctic. Reindeer meat is widely eaten in many forms. The meat is high in fatty acids, as much as oily seafood that is also an important food source of Lapland. Studies show that reindeer meat contains high on vitamin B12, zinc, and iron because of its lichen diet. Most of the part of the animal is eaten including tongue and heart.

The use of reindeer skin – shoes and winter gear

Reindeer skin is also one of the most important items in Sami culture especially in winter. Because of the hollow hair, reindeer fur and skin acts as an excellent insulator. Winter clothing and even shoes are made from the skin to survive long and cold winter. The leather is also windproof, water resistant, and flexible. In addition, the skin is used for summer clothing, housing, decoration, and the treated leather is used for rope, bags, and various other important items of Sami people’s life. “How do you recognize your reindeers?”

Reindeers are roaming free most of the year, until the time for the roundup in autumn. There’s no fence between each reindeer herders. This is the time each herders check up on their reindeers, count the new borns, and decide which one would be slaughtered. All the reindeers will be gathered in one roundup pan and each herders will guide their reindeers to their section. Then, how do they find their own among thousands of reindeers? That’s what the mearkaoalli (earmarking) system is for. In the old days, reindeer villages were formed based on the mearkaoalli system on reindeer’s ears, which played an important role as a basis for establishing one’s personal identity. The major cuts were formed a common base pattern and minor cuts served to distinguish between individual earmarks.

Sami people used materials provided by nature to create the folk art. The unhurried lifestyle and patience that characterize people living in a natural economy guaranteed fine workmanship. Birch tree, reindeer antlers and bones are widely used to create traditional decoration and patters. Those are often seen in everyday items, such as knife, cup, bags, and so on.

The use of reindeer antler Baby cradle made with reindeer skin

Reindeer herding enriched the vocabulary of the Sami language, which contains thousands of terms related to reindeer. The animals themselves are classified according to sex and age, but physical appearance, color, antlers, and demeanor influenced the naming which the owner identifies his or her own reindeers. Even the name of each month was given by reindeer herders, May for “ Miessimannu (calf month)” for example.

Traditionally reindeers were the main form of transportation with a variety of styles of sled. With the beginning of reindeer herding, the use of reindeer as draft animals made a fully nomadic way of life possible. The traditional harnessing methods and freight and passenger slides reminded in everyday use up to the 1960s, when snowmobiles started to become popular. Reindeer driving is no longer essential for daily travel, but now it gained a new role in tourist rides and racing.