My 21 Favorite Moments in Sri Lanka

Have You Been to Indonesia? Enter the Photo Contest!

My 21 Favorite Moments in Sri Lanka 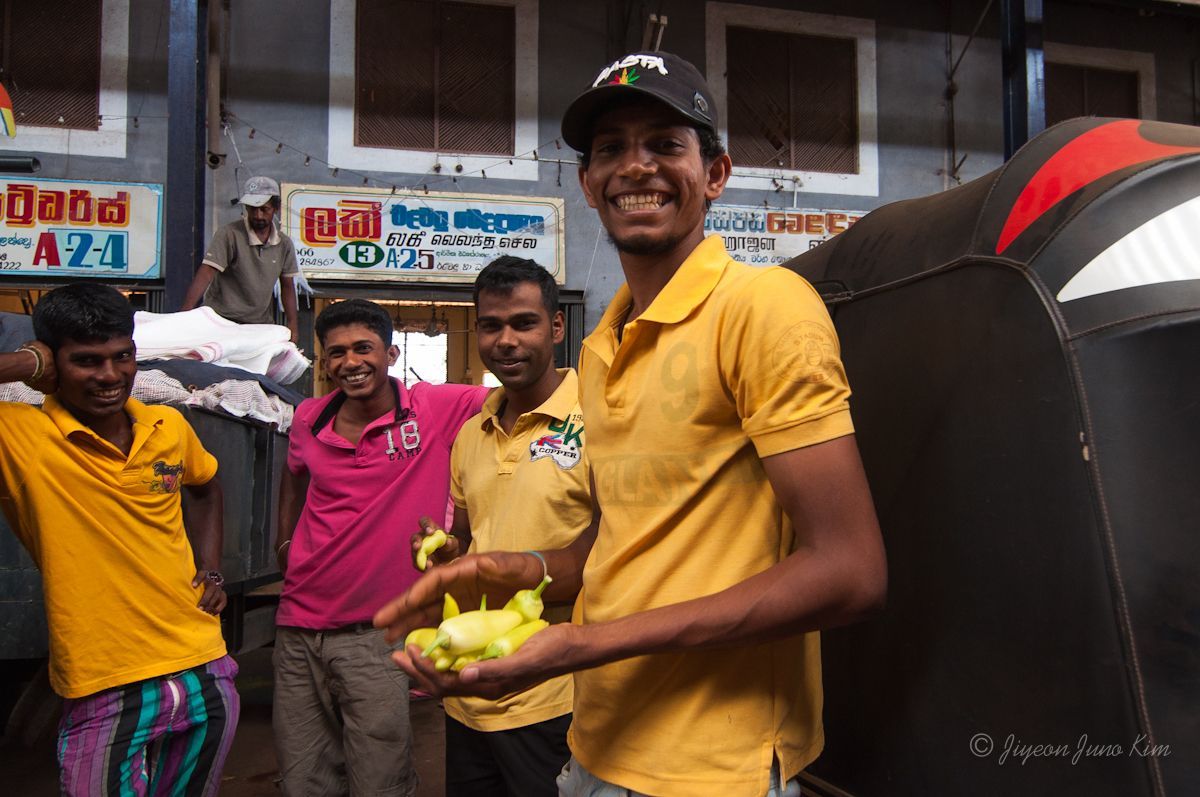 My Favorite Moments in Sri Lanka

#Note: the number is simply for counting, not ranking.

I never thought this day would come. A grown Sri Lankan who was walking behind me said “pen?” when I turned around. This happened in Haputale, a small town in the hill country where there are not many tourists. I gave him my spare pen I kept in my camera bag, curious.

2. Every single business in the country doesn’t have a small bill, including a big tourist cafe

I get it; 5,000 Rs is hard to break at a small shop (meals normally cost 100 – 500 Rs). Not many people have small change when stuff don’t cost that much. But what about expensive tourist cafes in backpacker town? I thought when their meal costs 1,000+ Rs, and there were quite many customers, they would have 50 Rs change for 350 Rs beer. But nope. What’s going on? Are they putting their money in the bank five times a day? Boggles my mind.

3. When a tuk-tuk driver told me ‘I like your people’

I have no idea what he meant by that, but he said ‘I like your people’ when I told him I’m from Korea.

4. When I saw wild elephants in wild

Hands down, one of my favorite travel moments! Felt so great to see them in the wild, rather than in the zoo. They were graceful. What a special animal.

5. Hiked up to Mini Adam’s peak

I didn’t do many activities in Sri Lanka (because attractions cost a lot, and there aren’t many attractions), but hiking up to the Mini Adam’s Peak in Ella was quiet memorable. I had to wake up at 6am for the hike, but it was worth it at the end.

6. Worked in Ella with this view

We found a newly-built guesthouse with the cheapest price in the area. The balcony offered this view. How can I say no to this? Location independent career sometimes paid off.

The view of Ella Rock and Ella Gap from my guesthouse

7. When a street dog visited me every morning, every night for five days

I was like Saint Francis of Ella, for five days. Every time I walked out to the main street, all the dogs suddenly woke up and started following me. I have two cat visitors for one whole day, and this buddy visited me everyday to say good morning and good night. He sat and slept under my table in the day time, and sat in front of the glass door until I went to sleep. Maybe I slightly smell like bacon.

He visited me every day and night

8. When I went to a whole sale market in Dambulla

I went in with my camera and came out with a hand full of bananas, tomatoes, a chili pepper, and watermelon. It was the most fun anyone could ever have at the whole sale market.

9. When I had king coconut in the train

King coconut is the cheapest, and the best beverage in Sri Lanka. It usually costs between 30 and 50 Rs, and the flesh is quite softer than green coconut. On the train ride to Galle, I was longing for some king coconut, and there he was, a guy with a bundle of king coconut with his knife. We have to be careful what we wish for.

King coconut on the train

10. When I first had pol roti and string hoppers

Later I found out, pol roti is coconut roti. It is served as breakfast in some places, and I quite loved them. String hoppers is a roll of rice noodles, that is eaten with dipping sauce (curry and sambal). The breakfast was my favorite meal in Sri Lanka.

11. When I visited Dambuteene tea factory

When I walked on the factory floor, with amazement, all I could think was ‘Celetial Seasonings people would freak out if they see this’. It was like a tea factory in a whole new world. They were using a shovel to make a pile of tea on the floor, workers were barefoot (no hairnet, and beard net), and it was quite easy to cut my finger off from many machines. I had mixed feelings; I loved the smell of tea and authenticity of this place, but I wasn’t sure if the condition of this factory is good. For sure, it was impressive.

12. When I first starting to watch Game of Thrones

Traveling doesn’t mean that the world stops for me. Three seasons too late, I started watching the famous Game of Thrones, and the end of season 1 was quite shocking. The second night at Arugam Bay was full of ‘oh’ and ‘wow’ for four straight episodes.

13. When I finally had a great Internet for two days

Wi-Fi in Sri Lanka is a big mystery. I’ve never been to a place with such a bad connection. It’s worse than not having one. In Ella, miraculously, I found a new guesthouse with the fastest internet in the whole country. For two days, the amount of work I’ve done was amazing. But it was too good to be true, the speed dropped it after two days. Didn’t know what happened, no one did.

14. When I saw this sunset at Galle

Sunset at Galle fort was quite amazing.

15. When I had Ayurvedic massage

I had two, in Ella and Arugam Bay. The styles were different, but I liked the herbal oil they use. It certainly helped me relax.

16. A pot of tea every morning

The best moment in Sri Lanka came in the morning with a pot of tea. After a tough night of working, or dreadfully long journey, a hot cup of tea with dash of milk always brightened up the moment.

Loving the tea in Sri Lanka

She was a strong woman, I could tell. She said her shop was destroyed when the tsunami hit the east shore of Sri Lanka in 2004. The water came up as high as her nose, so she had to walk on the walls. Now, she is running the business, again. She said crying doesn’t help, only hard work does. That’s how she survived. She made me this cute elephant shirt for only 600Rs.

Custom made shirts at Unawatuna

18. Walking on the beach at Arugam Bay

Arugam Bay was the second to last stop in Sri Lanka journey. This place was quite perfect.

19. When I first saw people hanging from the doorstep on the train Train broke down; and everyone knew what to do

20. When the train broke down

Nothing happened; the train just stopped working in between stations. We had to get out and walk to the station just a few hundred meters away from the train. It was quite amusing. This day was the turning point in Sri Lanka for me. I was not having the best time, but when I experienced the ‘disaster’ with everyone, I felt their joy and kindness. The supposed-to 5-hour journey became almost 12 hours, but it was the most joyous 12 hours in Sri Lanka, despite the tiredness of my body.

21. When I met a group of school girls and took a picture with them

Then were on a school trip to Galle. They were shy at first and showed their interests in my foreign look.

A group of school kids