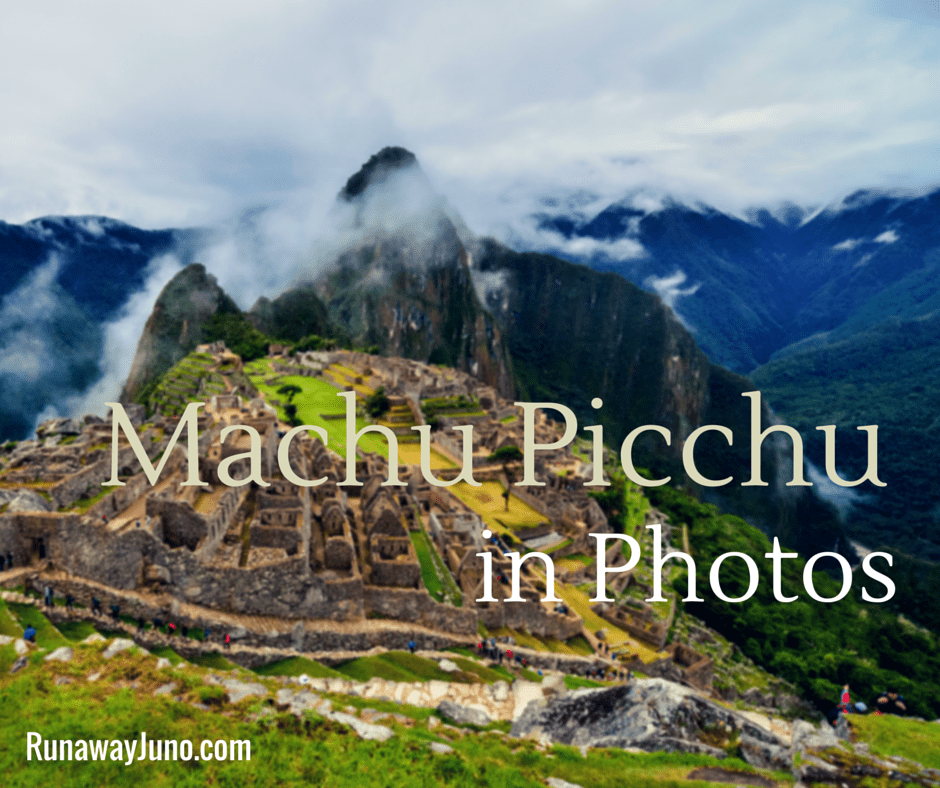 “In the variety of its charms and the power of its spell, I know of no other place in the world which can compare with it.”

Four days of walking on the Salkantay Trek was the greatest build up for Machu Picchu. Visiting something so grand like Machu Picchu shouldn’t be simple and easy. You need some time to process, before and after. To extend the built up, we decided to walk up to Machu Picchu rather than take the bus, which is the most popular option. Again, visiting Machu Picchu isn’t the time to seek for convenience. On an early morning of our 5th day, four of us walked more than an hour uphill to get to the foot of the site. The so-called Inca steps were something not to be taken lightly. After much struggle, we finally reached the top of the stairs. I felt like I was on the top of the world. Rightfully so.

The great peaks of Machu Picchu were hidden under the thick morning fog. Our guide promised that the fog would lift soon enough. Finally, we entered the gate. Everything was still foggy and wet, but the greatness of the surrounding landscape was raising our expectation of what was to come. We settled near the guard’s house, where we had a bird’s eyes view of Machu Picchu. And then the fog lifted. Machu Picchu, under the morning sun

The American archaeologist Hiram Bingham came to Peru in the summer of 1911 to find the lost city of the Incas, known as Vilcabamba, the last Inca stronghold. When he reached the Urubamba Valley, a local farmer told him about some ruins on the top of an old peak, called ‘Machu Picchu’ in Quechua language. An 11-year-old boy led the team, and he reached the site now we call Machu Picchu. It’s also believed that an archaeologist from Cusco informed Hiram Bingham about the ruins. Even though it was one of the most important Inca excavations, Machu Picchu isn’t Vilcabamba. Archeologists believe that a much smaller site near the old peak was actually Vilcabamba.

There’s nothing better than llamas in Machu Picchu

While waiting for the sunrise…

We still don’t know much about Machu Picchu. Archeologists have excavated and studied it since the rediscovery by Hiram Bingham, but still, the best we can do is guess. Historians believe that Incas built Machu Picchu at the height of their Empire, which was in the 15th and 16th centuries. It was successfully abandoned about 100 years after its construction (it was never finished) around the Spanish conquest in the 1530s. It’s believed that Incas destroy the Inca Trail in all directions when they left Machu Picchu, so the Spanish could never find it.

My first visit to Machu Picchu

History aside, Machu Picchu is simply incredible. I couldn’t help but think what the world would be like if the Inca civilization survived. Seems like Incas knew how to live in harmony with people, culture, and nature. Incas tried to avoid wars. They would have rather solved problems with harmony. During the beginning of their Empire, they observed and learned from the pre-existing cultures instead of destroying them. Incas also worshiped nature. Machu Picchu for example would look quite different if it was built in the modern world. Construction would destroy nearby peaks, smash all the big stones, bring new materials that might not belong in nature, and flora wouldn’t survive the harsh condition. But here, if you squint, you can almost see that Machu Picchu is a shape of the peak that was here. Instead of creating something new, Incas recreated the mountain using the material that was already there. They certainly know how to respect the great pachamama (Mother Earth).

I was lucky enough to visit this amazing place twice this summer. And each time, my heart was filled with cotton candy-like joy, and admiration to the Incas. It’s really a shame we don’t know more about this place.

When you go: savor the perfect outlook of Machu Picchu as much as you can. It is simply wonderful. But also don’t forget to spend enough time inside of the ruins. Each of the sectors were built with purposes and have stories, and there are important facts to be found. The Sun Gate is recommended for those of who are not hiking up to Wayna Picchu (Huayna Picchu) or Machu Picchu (Machu Picchu is the “old peak” next to the ruins). It’s about the same elevation as Wayna Picchu, which means you can see a bird’s-eye view of the site. The trail is also more gradual than Wayna Picchu, and takes about an hour to walk, one way. One of the most important structures in Machu Picchu – The Temple of the Sun. It was a natural cave under the temple of the sun, and the recent studies said that this building was made to celebrate the ceremony of the Mother Earth (Pachamama). Winter and Summer solstice, the first sun light comes (almost) directly to this window. Photo was taken by our guide Freddy. The Temple of the Sun from above It’s amazing to see how Incas could make this precise bricks with this hard stones. Machu Picchu is situated in between great mountains Inti Watana, the sundial is believed to have been designed as an astronomic clock or calendar by the Incas The Room of the Three Windows

Walking on the Inca Steps You can see the Inca style roofing structures in Machu Picchu Machu Picchu is in Peru’s 10 Sole note. Rightfully so!

Enjoying the view with my ladies If you look closely… the mountain backdrop is a shape of human face. Can you see?