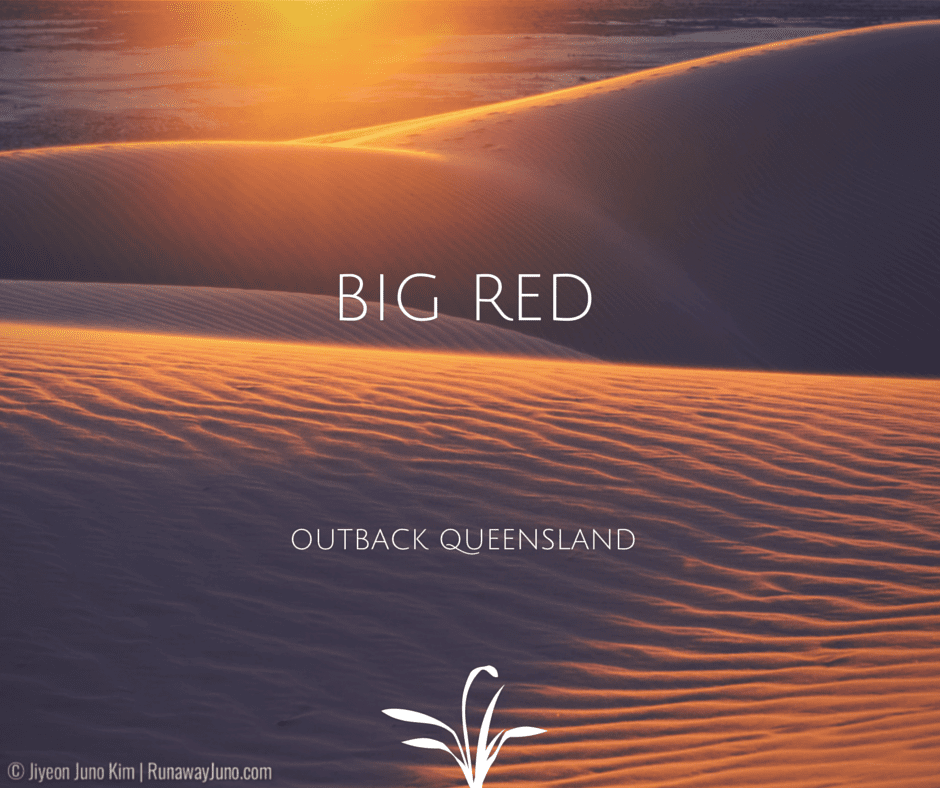 I’ve mentioned many times about my love of deserts (and glaciers). During my last few years of travels, I’ve visited various sand dunes, deserts, done a camel crossing, and traveled to Arctic regions. Last month, I added another milestone to the list.

Birdsville was one of the highlights of the recent Angel Flight Outback Trailblazer. We spent two days for various activities (including Priscilla Night), and the first one on the list was none other than Big Red. It’s only a short drive away from the town. It’s just ‘down the road’ as any Outback people say.

Big Red deserves its name. It’s a 30-meter high, red color sand dunes that is the starting point of the Simpson Desert, which is the world’s largest sand dune desert (total 1,113 dunes) and contains the world’s longest parallel sand dunes. It lies across Northern Territory, South Australia, and Queensland. The Big Red itself doesn’t look too big, but it’s merely a beginning of the vast and dry land. On the top of the hill I could see another sand dune afar that’s parallel to Big Red. There have been a number of explorers tried and succeed to cross this unknown region, including Burke and Wills in 1861. The curiosity and endeavor is what makes human race different than others.

One of the best parts about traveling in the Outback is that good sunset is almost guaranteed. Every night we saw some exquisite sunset, and seeing one from the Big Red was a whole another level. The orange glow shined every nooks and crannies of the sand hills. One by one, each ripples made a long shadow, like seeing thousands of tiny sunsets.

And then the magical thing happens. We turned around from the sunset and started heading down. Then, the sky slowly shoots pink, gray, and blue rays of lights. It’s probably the prettiest eastern sky during the sunset I’ve ever seen. The trails into the Simpson Desert